Some people seek out a career in music, and some just cannot escape it. As an only child growing up in Philadelphia, gospel music and musical instruments surrounded Rodney Green at home and in church, where he spent most of his time. His father was a preacher and organist, and his mother sang in church. Rodney was drawn to the drum kit, and by age three, would climb on the kit play whenever possible.

By his early teens, Green was playing drums in church, but outside he was being exposed to other kinds of music like jazz. His older cousin, also a musician, introduced Rodney to jazz, funk, and soul music, and (along with his high school band teacher) started him listening records like, “A Love Supreme,” “Transition,” and “Four More”. He was blown away by Elvin Jones and Tony Williams—all of the sounds they got out of the drums as well as their range, style and technique. Rodney soon realized that music could be a profession, and not just a hobby. He knew that playing the drums was his calling.

Percussionist Scott Robinson was impressed with Rodney’s playing but realized the young drummer didn’t realize what he was doing, since he was just playing by ear. Robinson offered to teach him for free, and at 14 years old, Rodney got his first lesson.

It wasn’t long before the young musician started to sneak out to local clubs to see live music and play gigs. He got to know many of the up and coming musicians on the Philadelphia jazz scene including pianist, Orrin Evans, trumpeter, Duane Eubanks, and bassist Christian McBride. At the age of 16, friend and drummer Brian Frasier Moore left his gig at Patti LaBelle’s club, Chez LaBelle, and Rodney took over. He influenced the club’s manager to start a Sunday Jazz Brunch, and soon Green was booking musicians like pianist, Evans and saxophonist Sam Newsome at the club. Legendary musician, Bobby Watson was so impressed with the young drummer that he called his parents to ask their permission to take Green to Italy with him, and after much persuasion, they agreed.

By age 17 Green, still in high school, was traveling internationally and doing an occasional gig in New York City. After such an occasion, legendary drummer Billy Higgins unexpectedly walked into Sweet Basil, and finished a set. Rodney went home and packed his bags. His desire to make his mark on the jazz scene had intensified, and one week after graduation, Green took the money that he had saved money from his gigs, and moved to the New York. He got on the scene and quickly developed a name for himself. He was a favorite sub and at only 17 years old, had a remarkable range and a reputation for being an extremely professional young musician. Word continued to spread about the talented young drummer, and Green spent the next couple of years playing with the likes of Christian McBride, Eric Reed, Greg Osby, Joe Henderson, Benny Green, Tom Harrell, and Mulgrew Miller.

With a recommendation from bassist, Ben Wolfe, Green joined the band of vocalist Diana Krall at the age of 19. His two-year tenure with Krall taught him a great deal about the business of music, and the importance of being a responsible, mature young professional.

Today, Rodney Green is a seasoned professional with experience and skill beyond his years. He continues to grow and challenge himself creatively, stepping out as a leader with the Rodney Green Group, writing music and pursuing projects that interest him. For this young musician, who already has a wealth of gigs, experiences, tours and records behind him, the best is yet to come. Rodney Green has worked with:

Drums - I've been with Tama for about three years now. My Star Classics give me everything I need. Here is my current set up: 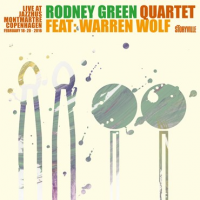 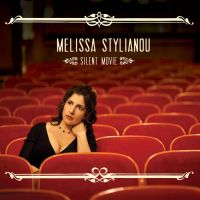 All About Jazz musician pages are maintained by musicians, publicists and trusted members like you. Interested? Tell us why you would like to improve the Rodney Green musician page.