Robert Pitzer, bass trombonist and music educator, has taught music in the public schools of Washington state for more than 30 years, including 18 years as the instrumental music director at Franklin High School in Seattle, and 10 years as musical director and program coordinator for the Seattle Schools All-City Band. Mr. Pitzer currently teaches band and jazz ensemble for the Mount Vernon School District in Washington state and serves as the Fine and Performing Arts Coordinator for the district. He has previously served as a Music Education instructor at Western Washington University, Student Teaching Coordinator for the University of Washington School of Music, and is a frequent presenter at conferences throughout the United States. In addition, he is a published author, performer, adjudicator and clinician, and hosts a weekly jazz program, The Convergence Zone, on public radio.

Robert Pitzer is the founder and musical director of Jazz Underground in Seattle. 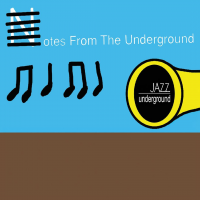 All About Jazz musician pages are maintained by musicians, publicists and trusted members like you. Interested? Tell us why you would like to improve the Robert Pitzer musician page.