RINA was born and raised in Saitama, Japan and is now based in New York City, USA. RINA holds a Degree from the Kunitachi College Of Music in Japan where she studied with pianist Makoto Ozone. After graduation, RINA took an audition for the Berklee College Of Music in Boston, USA and her talent and exceptional abilities were clearly noticed. She received a full-scholarship to attend the college in consequence. She then graduated in 2018.

Katerina Brown Places Songs Of Her Native Russia Alongside Pieces From...

Stephanie Jordan Sings "Home" From The Wiz At Katrina 10 Commemorative...

Dominick Farinacci And A Monster Truck Driver Deliver Toys To Bring A... 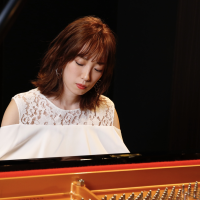 All About Jazz musician pages are maintained by musicians, publicists and trusted members like you. Interested? Tell us why you would like to improve the RINA musician page.