REGINALD CYNTJE (born in Roseau, Dominica and raised on St. Thomas, USVI) is a trombonist, educator, producer, and composer. He has created and performed an eclectic range of music. When you listen to Cyntje perform, you hear a passion for life and love in his sound.

Growing up in the US Virgin Islands (USVI), he was steeped in the rich cultural music known as Quelbe (the official music of the USVI). Quelbe was Reginald’s introduction to improvised music.

With cultural heritage at the forefront and social justice as the message, he has “a deep-seated knowledge of Caribbean music and culture which has settled into his jazz trombone playing” (NPR Music).

To date, Cyntje has recorded six albums as a leader. Healing (2020), his latest album, "Lush with complex key changes and conversational attitude" (CapitalBop), combines artistic expression with an awareness of the environment. The healing process is an intimate contemplative endeavor. Recorded on September 18, 2020, at Divine Order Studios, the album features Allyn Johnson on piano and Reginald Cyntje on trombone/compositions.

In 2013, Cyntje released his sophomore album, simply titled Love. The Washington City Paper said Love “is thoughtful and surpassingly gorgeous.” After debuting at #3 on the CMJ Jazz chart, Love made it to #10 on the CMJ Top 40 Jazz Chart. The album is a tribute to the human spirit.

His first album, Freedom's Children: The Celebration, was released in August of 2011. This album blends Jazz, Caribbean rhythms and Afrobeat to make a perfect setting for the listener to enjoy the audible testament of "Peace and Love." Freedom’s Children: The Celebration quickly became a favorite among fans with hits like Queen Mary, Children’s Parade, Daybreak and Peace and Love. On his recordings, you can hear the sounds of calypso, reggae, and other African-influenced genres which now give his music a unique flavor.

As a trombonist and educator, he's toured the United States, Europe, South America, and the Caribbean.

Cyntje, “blessed with impressive facility and an immediacy of sound” (The Independent Ear) now resides in the Washington DC area. Capital Bop views him as “arguably D.C.’s most agile and expressive trombone player.”

Cyntje is a graduate of the University of the District of Columbia and received his master’s degree at the University of Maryland. Additional studies include semesters at Berklee College of Music, Howard University, Montgomery College, the Naval School of Music, and Interlochen. He is also a veteran of the US Army (389th Army Band) and the DC National Guard. Currently, he leads his own groups and works as a sideman in numerous bands.

Reginald Cyntje, the educator, is the Director of Jazz Studies at Duke Ellington School of the Arts, a professor of music at Montgomery College, Prince George's Community College, and a teaching artist with the Washington Performing Arts Society. Cyntje has also worked with Jazz at Lincoln Center's "Syncopated Leadership." He began teaching trombone studies at the age of 15 and has taught in classrooms and conducted workshops for over 20 years.

In 2014, Cyntje authored Stepping Stones: 15 studies in improvisation. The concept of his music ministry is to spread love, peace and social justice with each expression. Show less

Reginald Cyntje Music Trombone Washington
Reginald Cyntje’s Healing is a fascinating addition to his steadily growing catalogue. Featuring the spare instrumentation of Cyntje on trombone and Allyn Johnson on piano, the nine tracks here are an exploration of the complex range of human emotions, as well as a contemplation of purposeful living and social justice. These two jazz masters showcase their delightful musical synergy while supporting the album’s theme. Lush with complex key changes and conversational attitude, Cyntje and Johnson’s duo performance invites audiences to focus on the timeless, self-reflective messages of each composition." CapitalBop

Reginald Cyntje’s Healing is a fascinating addition to his steadily growing catalogue. Featuring the spare instrumentation of Cyntje on trombone and Allyn Johnson on piano, the nine tracks here are an exploration of the complex range of human emotions, as well as a contemplation of purposeful living and social justice. These two jazz masters showcase their delightful musical synergy while supporting the album’s theme. Lush with complex key changes and conversational attitude, Cyntje and Johnson’s duo performance invites audiences to focus on the timeless, self-reflective messages of each composition." CapitalBop

"His latest album with pianist Allyn Johnson, “Healing,” is an appropriate return to uplifting sounds in these dire times of ours, and the duo format gives him space to explore and stretch out as an inventive lyricist." Jazz Avenues

“The compositions are impressively progressive; their tricky chord changes and substitutions alone are enough to keep the listener’s attention. Without a drummer, the piano fully assumes its role as percussion instrument, with Johnson keeping the groove throughout. Cyntje’s melodic playing raises the vibration, his clear and strong tone commanding the music and shaping it into completion.” CapitalBop

“Reginald is quite accomplished, which is one of the first things I think should be in education,” Yarborough said in a phone interview, referring to the trombonist’s thriving career as a bandleader. “I think the best players should be in education…. He has a lot of the characteristics that I think an educator should have.” CapitolBop ​ "In a series of splendid jazz albums, trombonist and composer Reginald Cyntje has been musically chronicling the range of human emotions, and providing a musical engagement with the human spirit, the soul, the cerebral self. An intelligent understanding of ourselves culminates in this new recording, Rise of the Protester, which documents the resistance of the “hue man” to bondage, to deprivation, to prejudice, and to injustice in both Caribbean and American spaces, reflecting Cyntje’s multiple heritages as a Dominican raised in the US Virgin Islands, and now living in the United States." - Caribbean Beat Magazine

“Equal parts love and righteous force, ’Rise of the Protester’ is a powerful next step in the musical journey of one of D.C. jazz’s most highly respected bandleaders.” - Capitalbop "...Cyntje plays trombone, whose slide and big bore lend themselves to violent outburst as much as the subject matter does. But no: Cyntje is an artist of philosophical musings and careful constructions, and he approaches his themes as such, even when the titles augur otherwise." Washington City Paper

"Spiritual Awakening is a beautiful enigma, with mystery in every corner of the album, from its melodies and harmonies to its texture and improv structure." Washington City Paper “With titles that evoke personal declarations that sometimes touch on the religious, “Atonement,” “Beatitudes,” “Prayer,” “Ritual,” this album of nine tunes should not be construed as instrumental gospel, but a refinement of the evolving journey of this Caribbean jazzman towards a sophisticated veneration. With the wordless singing by Christie Dashiell juxtaposing effectively, this album is also a spotlight for the instrumental brilliance of soloists Allyn Johnson on piano and Victor Provost on steelpan, and Cyntje himself, never completely abandoning that Caribbean-ness in the groove. Jazz in the islands has moved a step ahead.” – Caribbean Beat.com 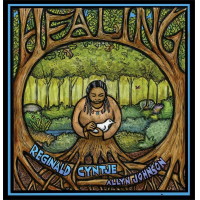 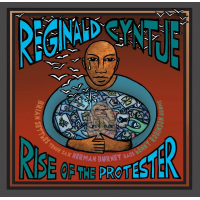 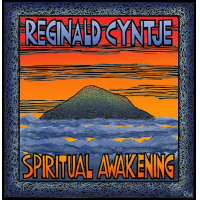 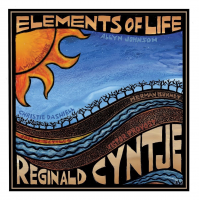 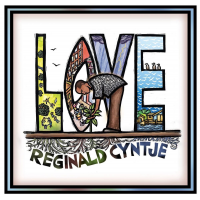 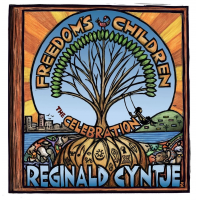 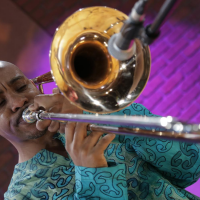 All About Jazz musician pages are maintained by musicians, publicists and trusted members like you. Interested? Tell us why you would like to improve the Reginald Cyntje Music musician page.