Since 1995, Rare Blend’s music resonates with purists as well as those who embrace a progressive multi-genre approach to original instrumental music. Pulling from a variety of influences and musical styles, Rare Blend has gained rave reviews regionally and worldwide from major publications such as All About Jazz, Jazz Review, 20th Century Guitar magazine, Progression Magazine, Relix Magazine, Akron Beacon Journal, The Plain Dealer, Cleveland Scene, and many more...also receiving college & internet radio airplay and CD sales in the US, Europe, South America, Austrailia, Japan, etc...

Because of their diversity and growing catalog of music, Rare Blend can be found performing on bills that range from Jazz to jam band, fusion to progressive rock. They have shared bills or have opened for the likes of David Sanborn, Special EFX, Ozric Tentacles, Tunnels, Dark Star Orchestra, Kevin Eubanks, Blood, Sweat & Tears, Spyro Gyra, Frogg Cafe, Los Lobos, and others...

In 1998, Rare Blend expanded to a four piece with bassist/composer Jeff Scott and drummer Paul Stranahan. As a quartet, Rare Blend added additional musical texture to the original concept and took the live performance to a new level.

CD album recordings added to the catalog to date:

5 SESSIONS (2009) With veteran drummer Ivan George, whose fusion style influenced by Billy Cobham and Dennis Chambers has brought the improvisational edge to the RB fold since 2007.

#5 Is Live for Rare Blend

Both “jazz” and “jam band” in nature, "SESSIONS" is an exercise in the “single-take” mentality that has become one of the band’s trademarks. (Jud Conway - Kindweb.com)

"RARE BLEND can proudly stand shoulder-to-shoulder with BRAND X and the best of the progressive/jazz/fusion groups, and “Sessions” is as good as anything recorded by their peers. Highly recommended to aficionados of fusion and improvisational jam bands". (Joseph Shingler - Prognaut.com / Bangor, ME)

Both “jazz” and “jam band” in nature, "SESSIONS" is an exercise in the “single-take” mentality that has become one of the band’s trademarks. (Jud Conway - Kindweb.com)

"RARE BLEND can proudly stand shoulder-to-shoulder with BRAND X and the best of the progressive/jazz/fusion groups, and “Sessions” is as good as anything recorded by their peers. Highly recommended to aficionados of fusion and improvisational jam bands". (Joseph Shingler - Prognaut.com / Bangor, ME)

"Stops Along The Way" is Rare Blend's most efficient recording. The songs naturally jump genres while traveling through an aural landscape that's filled with songs that pretty much fit their titles. (Michael Gallucci / Scene Magazine - Cleveland, OH USA)

Rare Blend is a very seasoned group from the Cleveland, Ohio area. "Stops Along The Way" is what I would call a jazz/fusion jam band album. I have heard a lot of mixed feelings about jam bands but when it sounds good you cant deny that the players know what they are doing. (Jimmy Caterine / Guitarnoise.com - Canada)

Wonderful compilation of tracks. I have been waiting for this release since the announcement of a new project was in the works. Get this one, and then you're hooked. You'll get the other three, like I did. (RB fan - Baltimore, MD)

I recently took a trip to Cleveland and happened upon a radio station ( 89.3 ) I believe, and heard some of your music. I was blown away, mostly because I too was a professional musician in the late 70s early 80s and enjoyed this style of music. It is refreshing to hear that it is still as alive as it was then! (Jimmy Valentine - RB Fan) 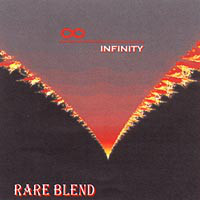 Stops Along The Way 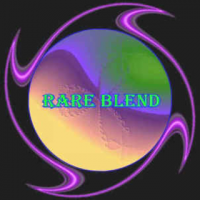 All About Jazz musician pages are maintained by musicians, publicists and trusted members like you. Interested? Tell us why you would like to improve the Rare Blend musician page.