Saxophonist, composer, singer and producer/arranger, Rafael Greco was born in Maracaibo, Venezuela. He graduated from the prestigious José Luis Paz Conservatory as an integral member of the National Youth Orchestra from his home state of Zulia and where he studied privately under Giuseppe Terenzio and Renzo Salvetti. He moved to Caracas in 1988 where he began his advanced studies under such masters as: Gerry Weil, Álvaro Cordero and Olegario Díaz.

In Venezuela, Rafael Greco has enjoyed a distinguished and successful career as part of Venezuela’s most influential and important group, multi-Latin Grammy winners, Guaco. For decades, Rafael has toured the world with this internationally recognized group, bringing with them the spirit and unique rhythmic perspective of their homeland.

In addition, he has worked alongside other significant national and international artists, and the diversity of his contributions to these varied projects included performing as a multi-instrumentalist and creating unique keyboard sounds as orchestral textures.

His photos have been used for the album covers for these artists: “El Vecino” (Juanma Trujillo) and “Viaje a la luna” (Mariana Serrano) 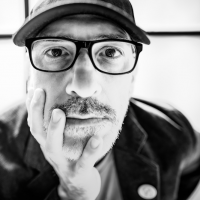 All About Jazz musician pages are maintained by musicians, publicists and trusted members like you. Interested? Tell us why you would like to improve the Rafael Greco musician page.