From being a pioneer in bringing the electric guitar to international acclaim as a concert instrument for the ancient Indian art form of Carnatic music, to being a force in the cutting edge of Jazz, Classical and World music, Prasanna continues to stun music enthusiasts with an ever-evolving palette of vocabulary as a composer and improviser.

Prasanna?s original and intensely personal style of composition and guitar playing is revealed in a body of work that includes over ten Carnatic albums, an eclectic solo guitar album ?Peaceful?, a special triple guitar project ?Guitars? with the band Aka Moon, a work for Contemporary and Fusion dance ?Sanaatana? premiered at Queen Elizabeth Hall in London, yet another work for contemporary dance ?Soliloquy?, ?Jazz Impressions of a Kriti #1? written for Prasanna and jazz orchestra by Marc Rossi, numerous sessions work on multi-platinum Indian film soundtracks for such top composers as A.R. Rahman, and many more. Prasanna?s acclaimed guitar instructional DVD ?Ragamorphism?, gives an in-depth look at how he stretches the boundaries of improvisation. Prasanna?s just released ?Jazz with a world view? album Be the Change features multi-Grammy award winning artists and world class musicians like Victor Wooten, Jeff Coffin, Alphonso Johnson, Ralph Humphrey and more.

As a true artist, Prasanna is both a traditionalist and modernist and everything in between. In the words of one critic, ?Worlds merge and vapors mingle when Prasanna plays?, while another critic says ?Prasanna is a wondrous wake-up call for tired aural neurons?. Show less 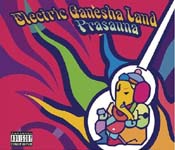 All About Jazz musician pages are maintained by musicians, publicists and trusted members like you. Interested? Tell us why you would like to improve the Prasanna Ramaswamy musician page.