phil hargreaves is a Liverpool-based instrumentalist and composer working in the field of improvised and experimental music.

I began playing as a guitarist in a punk band in the West Midlands, where i grew up, before moving to Liverpool at the age of twenty and buying a tenor sax, both decisions that would radically shape the rest of my life. Initially i was involved in Liverpool's pop scene, recording John Peel sessions with Personal Column, but eventually i moved via streetband work into the jazz field. After stints playing fusion and dinner jazz, i finally found the area where i could fully combine my talents, interests and influences, in improvised music, an area first stimulated by work with Peshkar theatre, and my subsequent study of Indian music with Aziz Zeria in Manchester. I played with guitarist Phil Morton in the duo Bonehouse, and also helped establish the Frakture club in Liverpool, a club space for improvised and experimental music. Highlights of bonehouse's playing career included playing w/Derek Bailey and Lol Coxhill. Arising out of the Frakture work, the Frakture Big Band was a loose grouping of improvising musicians based in and around Liverpool, mostly playing phil hargreaves compositions - their collaboration with Simon H Fell was one of the highlights of the 1999 Frakture Festival. In 2001 i premiered the Dislocation Sermons, a major work in collaboration with poet Dinesh Allirajah, and performed by an augmented version of the Frakture Big Band. That year also saw the release of trees, a first CD release from amere3, a trio of phil, simon fell on bass and rob dainton on drums.

2002 saw the premier of the chaos concerto, for large improvising group and creative soloist, featuring Evan Parker and the Frakture Big Band, and also the release of a double CD of 'postal duets' with North Carolina guitarist Bret Hart.

In 2003, due to mental health problems i stopped playing saxophone, but eventually finished two ongoing projects, duets albums with Caroline Kraabel and Lee Noyes. Since then i have finished a further postal duet with Glenn Weyant, playing cello and singing.

In the summer of 2007 i took up the saxophone again, and recorded 'musick for two machines' with Barry Chabala. Since then i have cultivated many collaborations, including a CD with Maggie Nicols, the second amere3 album, an ongoing duo with classical guitarist Richard Harding, and a duo with vocalist Steve Boyland.

in 2014 i contracted ME/CFS, and only recently started playing again.

My most recent release is 'Fall Through the Infinite' with drummer Richard Harrison. Show less

Phil Hargreaves saxophone, tenor Liverpool Improvised Music
"While the playing is outstanding, it is the world invoked between each utterance that makes the disc one of the most fascinating soundscape pieces in recent memory." Marc Medwin, All About Jazz (for 'Where We Were')

" a courageous, ravishingly beautiful and unique contribution to improvised music" Philip Clark, Jazz Review (for 'Where We Were')

"This is music to contemplate to, to LISTEN to. Say goodbye to your other needs and shut the door as you would for an (arthouse) film. Indeed put it on first thing! It will disturb you and entrance you and create gigantic silences that were already there..." freenoise.co.uk (for 'Friday Morning Everywhere') 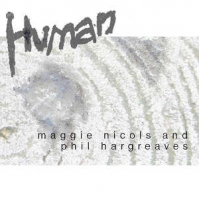 A Present From The...

All About Jazz musician pages are maintained by musicians, publicists and trusted members like you. Interested? Tell us why you would like to improve the Phil Hargreaves musician page.