Peter Slavov is a New York-based bassist, composer, session musician, arranger, and educator. Since he started performing professionally in the mid-1990s, Peter has performed at some of the most prestigious venues and festivals in more than 40 countries on 5 continents.

Born to the family of legendary Bulgarian drummer Peter Slavov Sr., Peter (sometimes credited as Petar) has been playing bass since the age of twelve.

While studying classical music at the Pipkov Music School in Sofia, Bulgaria, Peter discovered American jazz and soon after became the busiest bassist on the scene in Bulgaria, playing with the country’s finest musicians and touring around Europe.

In 1998 Peter received a scholarship from Boston’s famed Berklee College of Music, and in 1999 moved to Boston to attend Berklee. In 2001, he was awarded the Berklee Bass Department’s John Neves Memorial Scholarship Award for Outstanding Musicianship, as well as a full scholarship.

Since graduating from Berklee in 2002, Peter Slavov has performed and/or recorded with world-renowned artists, such as Joe Lovano, Quincy Jones, George Garzone, Danilo Perez, Chucho Valdes, Kevin Mahogany, Simon Shaheen and Elio Villafranca, among many others.

Peter is a member of Grammy award-winning saxophonist Joe Lovano’s Classic Quartet, as well as with Lovano’s Us Five band. In 2012, Us Five received the Award for Best Small Group by the Jazz Journalists Association of America.

Peter Slavov is also featured on the most recent album by Joe Lovano and Us Five - "Cross Culture", which was released on the historic Blue Note label.

Peter is a co-leader of the New York-based music collective Open Ended. Their eponymous debut album of all-original music was released in December of 2012. He is also a member of child prodigy Emily Bear’s Trio, and of the critically acclaimed Uri Gurvich Quartet.

In the spring of 2013, Peter was commissioned to write a piece for jazz trio and a string orchestra. The piece was performed in July 2013 at the Festival Complex in Varna, Bulgaria as part of the Varna Summer Music Festival.

Peter has performed at some of the most prestigious festivals around the world, including:

Peter has also performed at numerous legendary performance venues, such as: 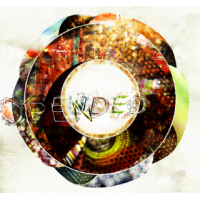 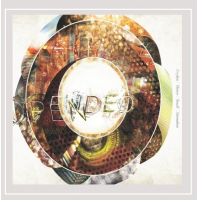 In Defense of the Minotaur

From: Little Stories
By Peter Slavov 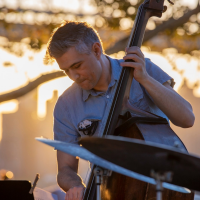 All About Jazz musician pages are maintained by musicians, publicists and trusted members like you. Interested? Tell us why you would like to improve the Peter Slavov musician page.