Paulette McWilliams is best known for her deep, sultry, and velvety tones, as well as her wide vocal range. She has a range that Luther totally utilized from singing with the males on the bottom to singing with sopranos on top!

Hers is one of the iconic voices behind Michael Jackson on “Don’t Stop ‘Til You Get Enough” — Michael’s biggest hit; Aretha Franklin’s No.1 hit “Jump To It,” Billy Idol’s No. 1 hit “Mony Mony,” Luther Vandross’s “Stop To Love,” “Wait For Love,” and “Bad Boy/Having A Party,” among many others. She has a beautifully long and extensive music history.

Paulette became the lead singer with Ask Rufus and was solely responsible for introducing the group to a friend of hers, Chaka Khan. For a period of time, Paulette and Chaka shared the lead in Ask Rufus and when Paulette left, Chaka took over.

Moving from gig to gig, Paulette worked feverishly and then, thanks to a recording produced by Donny Hathaway and Phil Upchurch, she was “introduced” to Quincy Jones. Upchurch, the world-famous jazz guitarist, sent a studio recording to Quincy. Shortly thereafter, Paulette became solo/lead singer with Quincy during his “Body Heat” tour and he featured her on his Mellow Madness album – the title song co-written by Paulette. Next, they toured Japan where one of Paulette’s dreams came true: singing a duet live with the legendary Sarah Vaughan while Quincy conducted the orchestra.

Paulette has performed at jazz festivals /clubs in London, Japan, Monterey, Trinidad, Milan, Moscow and Bern, Switzerland, including Ronnie Scotts in London and the Blue Note in Mila!These shows were topped recently when she performed at the International Jazz Festival in The Netherlands and Thailand, and recorded a “Live” CD with the fabulous Beets Brothers in Europe!

Recently, Paulette performed at Vitello’s (famed LA jazz club) to a sold-out crowd who gave her a standing ovation and was asked back for the fall. She also sang at LACMA where her return increased by thousands. Paulette received two standing ovations and will be heard on K-Jazz FM -88 in Los Angeles. Additionally, she worked on a CD with a three-time Grammy Award winner Kamau Kenyatta and Brian Michel Bacchus (Gregory Porter’s producers) .

Paulette is a consummate voice coach and has taught students from all over the country, including the Musician’s Institute in Hollywood, CA. She loves helping others and sharing her knowledge about the voice.

Paulette is also set to be one of the faces of Jazz and Blues TV coming soon! She sang solo with Bob Mintzer Big Band at Vitello’s and with Scott Healy’s Big Band. Show less 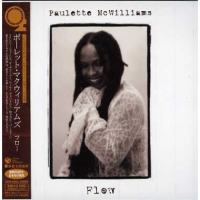 All About Jazz musician pages are maintained by musicians, publicists and trusted members like you. Interested? Tell us why you would like to improve the Paulette McWilliams musician page.