Paula Cole's fourth album, Courage, is about starting over. A more collaborative effort than any of her previous discs, the elegant Courage finds Cole working with a host of writers and players, and balances piano-based pop with her first true musical love: jazz. The album's title, she says, encapsulates just what she needed to pull this record off, as the disc arrives at the end of a soul-searching, and at times soul-crushing period during which she contemplated ending her music career.

But in 2005, when an old acquaintance and producer Bobby Colomby (Blood, Sweat & Tears, Jaco Pastorius, The Jacksons) asked Cole to sing on several tracks on trumpeter Chris Botti's When I Fall In Love album, the joy of music began to return: "When I was singing with him, it was like music was fun again," she says. "I sang a lot of jazz when I was in college�"I wanted to be kind of like a female Chet Baker or something so it was so fun to sing these songs again, to record music live, you know, where you get it in one or two takes, and that's it."

Colomby quickly became "the one who kind of led me out from under the rock," Cole says, noting that he pushed Cole to open herself up creatively like never before. She played less piano, thanks to the likes of Billy Childs, David Foster, Jeff Lorber and Herbie Hancock (who guests on the track, "Lonelytown"), and she co-wrote songs for the first time in her career. She penned with Dean Parks, Mark Goldenberg, Jeremy Lubbock, Patrick Leonard and Jeff Lorber.

"I couldn't be my naturally controlling self," she says. "And I think that was really healthy for me, to not be so precious and controlling and I didn't have to write all these songs and play a million instruments, I could focus more on my singing, and my composing and lyric writing."

In the years between the dissolution of her Warner Bros. deal and the sessions for Courage, Cole struggled with depression, and on the pretty, diary-opener "El Greco," she kind of speaks to that period, as well as this rebirth she's experiencing: "I forgot who I used to be/I forgot the woman in red, living her dream/I forgot the Courage I used to be." That tale of rebirth also weaves itself through songs like "Coming Down" and "Love Light." But on tracks like the delicate "Lonelytown" and the twinkling, boppin', almost bossa nova "Hard to Be Soft" (featuring vocalist Ivan Lins), she lets her jazz roots shine. She bounces between two genres throughout Courage. "Comin' Down," the disc's opener, owes more to the music Cole is known for, and the album ends with a sweeping, string-laden duet with Paul Buchanan of The Blue Nile.

"It was a pleasure, making this album and singing with people like Ivan Lins and Paul Buchanan and playing with people like Herbie Hancock and Billy Childs. This really expanded me; it's eclectic and beautiful. I'm really proud of it. It's the only album I enjoy listening to: I couldn't listen to my earlier albums, but I enjoy putting this on."

Born the daughter of musicians in Rockport, Massachusetts, Cole grew up singing for fun; American songbooks, traditional folksongs, Christmas carols, a capella harmonies. While finding kindred spirits in records, she became a fixture in her school musicals, which catapulted her toward a scholarship for the Berklee College of Music in Boston, where she studied jazz singing and improvisation.

"I wanted to get inside the chord structure of songs, so that I could improvise inside the changes, " she says. "but it wasn't meant to be..."

"I began writing my own songs, and it took me down another path." While a senior at Berklee, she was offered a deal with a jazz label, but declined. "It came too easily, and I didn't want to be limited just to jazz. Something wasn't quite right. So I continued singing weddings and waitressing as I tried to find my inner songs."

In 1993, Peter Gabriel asked her to join his Secret World Tour, after hearing Cole's Imago debut, Harbinger. Throughout 1994-6, Cole toured America extensively, building a foundation of support that then embraced her 1997 album This Fire. It became a breakthrough smash yielding the hits, "Where Have All The Cowboys Gone?" and "I Don't Want to Wait" (which was used as the theme song to the hit WB show Dawson's Creek), and the 1997 Grammy win for Best New Artist. In 1999, she released her third, spiritually soul-influenced album Amen.

From today's perspective, she has created her finest album: tender, tough, older, wiser... Cole steers her way through the manifold experiences of an adult American woman who has seen much, lost much, gained much, and yet has regained her innocence. It feels like the work of a woman who is in the right place at the right time. Getting to that simple place, as we all know, takes Courage every day.

This song of life is the work of someone back from the prairie. Even more certain that life is hard-won but good, and that from experience should come grace. Show less 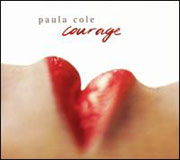 All About Jazz musician pages are maintained by musicians, publicists and trusted members like you. Interested? Tell us why you would like to improve the Shawn Colvin musician page.