Paul Hanson’s musical journey is a testament of fearless dedication to craft and creativity. Over the last 20 years, Paul has rewritten the rulebook and set new standards for what is possible on this most classical of woodwind instruments. As one reviewer puts it, “But he simply transcends technique to a point where the listener no longer has in mind that it’s a BASSOON that he’s playing.”

His explorations have transcended limitations and created new possibilities-all while making music of the highest quality. Paul’s repertoire encompasses musical aspects of all modern styles of improvised music. From his roots as an award- winning classical bassoonist and jazz saxophonist- Paul has sought to expand the lexicon of the bassoon while creating a unique musical voice.

As a jazz/fusion bassoonist:

In 2008 Paul was invited to create his own role as electric improvising bassoonist in Cirque Du Soleil’s ZED-a resident show at Tokyo Disney Resort. This unique creation performed 380 shows a year from 2008-2011. To this day Cirque Du Soleil auditions bassoonists because of the ZED role Paul helped develop and create. 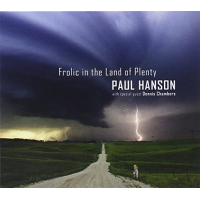 Frolic in the Land of... 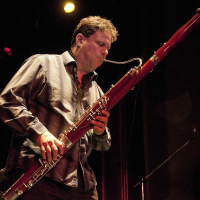 All About Jazz musician pages are maintained by musicians, publicists and trusted members like you. Interested? Tell us why you would like to improve the Paul Hanson musician page.