The Paul Carlon Octet brings together musicians of various backgrounds and music of various origins in a combination that is both blisteringly Afro-Cuban and elegantly Jazz- inflected, both searchingly innovative and nostalgically evocative of the American experience. Featuring African mbira (also known as the kalimba), a collection of brass and woodwinds, and a traditional jazz rhythm section that speaks of New York City Jazz, Cuban, Brazilian and Columbian influences, this ensemble brings Paul’s unique compositional voice to life.

The group was formed in the spring of 2002 as part of a multimedia performance project with visual artist Joan Carlon (Paul’s mother) called Where is Home? Paul’s octet recorded the Where is Home? suite in May of that year. The theme of this project is the way immigration disrupts, reshapes and redirects the lives of people who come to the United States from all over the world. The Octet, with the addition of Afro-Cuban/tap dance pioneer Max Pollak, has performed an extended version of the Where Is Home? suite at the jazz club Small’s in the West Village, NYC, at El Taller Latinoamericano on New York’s upper West Side, and at the Delavan Center in Syracuse, NY. The group has also performed on its own in NYC concert and club settings, such as at the Soul Café, El Taller Latinoamericano, Fat Cat, Satalla, Makor Cafe, Hunter College, and at 24 Fifth Avenue, a historic ballroom in the heart of Greenwich Village. In 2005 the group performed several shows at the world music club Satalla, with the addition of vocalist Ileana Santamar�ia. Daughter of the legendary Cuban percussionist Mongo Santamar�ia, Ileana brings a fiery and dynamic stage presence and folkloric slant to the group’s performances. The Octet released its debut CD, Other Tongues, in November 2006.

Paul’s festival appearances include the Trumbull, Ct. Jazz Fest in 2002 and 2003, the 1997 JVC Jazz Festival in NYC, the 1998 Norwalk, CT. Jazz Feast, the Greater Hartford Festival of Jazz in 1995, 1998, 2000 and 2001, and the 2003 and 2005 Jazz in the Square Festival in Syracuse, NY, and the 2004 Baranqu�-jazz Festival in Baranquilla, Columbia. He has toured and performed all over the northeastern United States, as well as the western U.S., the Caribbean and Cuba. One of Paul’s original songs, ‘Soul Soliloquy’, found a home in filmmaker Kern Konwiser’s street basketball documentary On Hallowed Ground, originally aired on the TNT Television Network in May of 2000. Show less

Album of the Week: Roots Propaganda, the Paul Carlon Octet 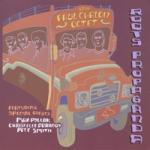 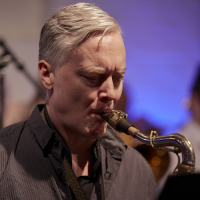 All About Jazz musician pages are maintained by musicians, publicists and trusted members like you. Interested? Tell us why you would like to improve the Paul Carlon musician page.