Born in Pescara (Italy) in 1969, he lives in Copenhagen (Denmark) since 1996. He started his studies with the cembalist Chiara Tiboni and graduated at “Conservatorio L. D’Annunzio” in Pescara, in 1993 (teacher: Rachele Marchegiani). In 2002, he graduated at the prestigious Rytmisk Musikkonservatorium in Copenhagen. During the past 21 years, he developed a very intense music activity, with performances all around Europe, as well as Argentina, Uruguay, Brazil, Japan, Faroe Islands, Thailand, Tanzania, Mozambique, Algeria, Russia, USA, Greenland and Cuba. He studied in New York with Richie Beirach (1995) and in Buenos Aires with Néstor Marconi (2004/2013).

Furthermore, he works also as composer and soloist for string quartet, string orchestra, symphony orchestra and other ensembles, as well as for theatre, film and TV. He has performed in some of the most important concert halls in the world: Berliner Konzerthaus (Berlin); Musikverein (Wien); Carnegie Hall (New York City); Symphony Space (New York City). His last release, the instrumental work Tangology, composed for octet (with the brilliant interpretation of the Ensemble Midtvest), was presented in New York City in March 2016, in Italy and in Denmark in 2016 and 2017.

Coming up next (October 2017): ”Paolo Russo Bandoneon Solo Vol.II – Originals”, an anthology of his own compositions for bandoneon, both as CD and sheet music; his recent work Imaginary Soundtrack, inspired by the magic world of Italian film music, a brave attempt of presenting a soundtrack without a movie, inviting the audience to create in their mind, while listening, their own pictures, characters, scenographies and dialogues. Finally, Eskar Trio meets Paolo Russo, is a new collaboration with one of the most prominent and active Scandinavian piano trios.

bandoneon piano Jazz Tango Copenhagen Paolo Russo Italian Melancholia Soundtrack nordic jazz Eclectic Paolo Russo bandoneon
”The musical proposal offered by Paolo Russo is a work worthy of consideration for its powerful melodic, harmonic and contrapuntal content. The bars marked by constant variations and strong avant-garde ideas testify that this work is not only a valuable contribution to the in-depth study of the instrument, but also a challenge for the professional bandoneon player, because of his technical difficulties”.   Thank you, maestro Paolo Russo, for your dedication and passionate love to bandoneon, which you give us in each of your works.”   Néstor Marconi 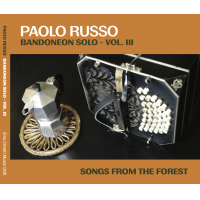 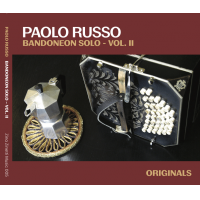 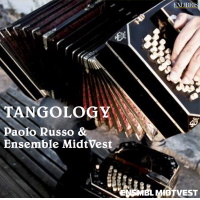 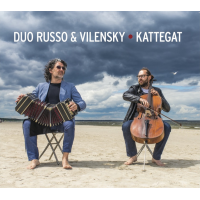 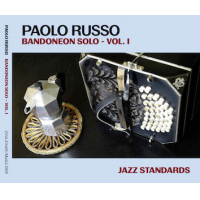 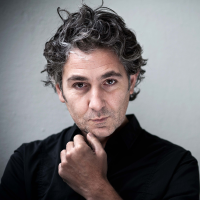 All About Jazz musician pages are maintained by musicians, publicists and trusted members like you. Interested? Tell us why you would like to improve the Paolo Russo bandoneon musician page.