A native of Athens, Greece--Panos Vassilopoulos has previously been most known for his educational DVD releases, including “Ostinatos and Polyrhythms,” and “A Step Further” which Modern Drummer magazine proclaimed was, “pushing the kit to new heights!”

A self-taught drummer, Vassilopoulos takes his inspiration from such legends as Buddy Rich and Ian Pace. His passion for Jazz styles of music is pervasive throughout all of his educational products and in 2009 he formed The Acoustic Sessions Trio and released the double CD/DVD release, The Acoustic Sessions.

Filmed in high definition in one of Athens’ top studios, “The Acoustic Sessions” allows Vassilpoulos to thrive and explore such memorable Jazz standards as Cole Porter’s “I Love You” and Jimmy Van Heusen’s “Darn That Dream.”

The Acoustic Sessions also features an original composition from Vassilopoulos. “Interplay” is a mixture of acoustic drums played with hands, brushes, sticks and mallets creating a cinematic bed of sound crated on the spot. 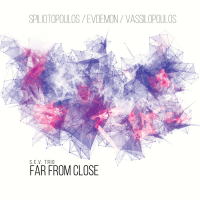 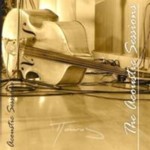 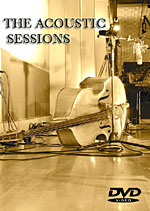 From: Far from Close
By Panos Vassilopoulos

From: Acoustic Sessions
By Panos Vassilopoulos

All About Jazz musician pages are maintained by musicians, publicists and trusted members like you. Interested? Tell us why you would like to improve the Panos Vassilopoulos musician page.