Or Shovaly is one of New Orleans' up-in-coming premiere guitarists.  Or has over twenty years of experience playing guitar. He has roots in blues, rock, funk and world music, with his most recent concentration in jazz and ethnic music, playing tunes from Africa, the Middle East and Jazz standards.

He is a member of different music groups in the New Orleans area: upon moving to New Orleans, Or joined the Afro-Beat band Kumasi, serving as the lead guitarist since 2014.  Kumasi plays regularly at all of the venues and festivals in New Orleans, including the House of Blues, Maison, Congo Square Fest, JazzFest and French Quarter Festival.   Described as ‘Modern’s Afrobeat best kept secret’  (Mystery Zone Records), Kumasi plays a combination of Fela Kuti tunes, afro-funk from 70s Ghana  and original music stemming from West African concepts.

Or plays lead guitar on all of Kumasi’s albums including Togetherness (2015) Akoben (2018) and Live at the Marigny Studios (2021). Kumasi has been nominated multiple times for Gambit’s Best of the Big Easy Award, winning the award for Best World/Latin music in both 2017 and 2019.

In addition to leading Kumasi’s string section, Or plays in several Jazz bands in New Orleans, with his primary focus on his own group Or Shovaly Plus. Or’s ultimate artistic goal was always to create an individual style of music, incorporating musical influences from his life journey, which include international music from his family ties to Israel, Yemen and Iran, African through his work with Kumasi and Jazz, the perfect idiom to facilitate his musical vision.

Or Shovaly Plus released its first EP in 2022, Live at the New Orleans Jazz Museum, which includes Or's own personal arrangements of classic jazz standards, with oriental and hip hop motifs.  Influences on the EP include Live at the Pershing Hotel by Ahmad Jamal, A Love Supreme by John Coltrane and the music from the Israeli Bassist Avishai Cohen.

Or Shovaly Plus regularly plays at music venues in New Orleans, including at the House of Blues, The New Orleans Jazz Museum, Capulet and Frenchmen Street.

​Or holds a BA in Jazz Studies from the University of New Orleans (UNO) where he concentrated in jazz guitar performance and studied with Steve Masakowsi, Brian Seeger, Davy Mooney and Hank Mackie. He has also privately studied with Peter Bernstein (New York) and Amos Hoffman (Israel).

Or Shovaly Plus Release 'Live at the New Orleans Jazz Museum' —... 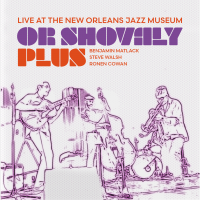 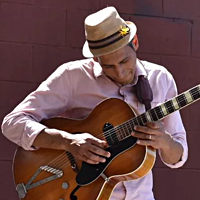 Help improve the Or Shovaly page

All About Jazz musician pages are maintained by musicians, publicists and trusted members like you. Interested? Tell us why you would like to improve the Or Shovaly musician page.