Started working as a professional bassist from Kwansei Gakuin while studying. During his stay in New York from 1985 to 1999, to deepen exchanges with black musicians, jazz, gospel, funk and many other participants in the session.

1st Album in the year 1998 "It's FUNKITO" was released. To establish their own jazz funk, get a favorable reception. 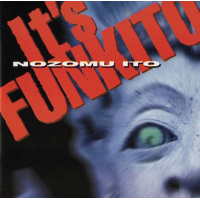 All About Jazz musician pages are maintained by musicians, publicists and trusted members like you. Interested? Tell us why you would like to improve the Nozomu Ito musician page.