Myles Brown is a professional guitarist and songwriter out of Atlanta, GA. Having studied at The Berklee College of Music, GA State, and the Atlanta Institute of Music, he has developed into an elite level electric guitarist, a performing classical & jazz guitarist, and a composer of symphonic music, jazz, funk, jam, dance, pop and instrumental world music.

Over the last 15 years he has spent his time touring the Southeast with The Soundmen, the Funk/Rock/Fusion band he co-founded, playing jazz and classical music, and composing music for orchestras and classical ensembles. After many years of continued study, he owns an immense catalog of works, and is just as adept writing and producing a pulsing electronic dance song as he is arranging a big band number or scoring a symphonic work.

Mr. Brown has performed his original music at such esteemed venues as Turner Field, The Tabernacle, The Ga Theater, MadLife Stage, Music Midtown, The Dogwood Festival, Cherry Blossom Festival, as well as countless clubs and bars around the southeast, and works in some of Atlanta’s most state of the art recording studios. He recently completed an orchestral indie film score, and had 2 performances of his symphonic music. He has recorded 4 albums of original music, plus many singles, which are sold by Abstract Logix and all online platforms, secured a booking contract with Eastcoast Entertainment, and finds time to teach music on the side.

He currently earns his living writing and performing music and selling original music in multiple markets, and continues to study composition and jazz performance.

Myles Brown guitar Atlanta
"Myles is one of my favorite musicians in Atlanta. In addition to his jaw dropping guitar playing, he is a great bandleader who always makes sure that the music keeps folks dancing and smiling." —Tinsley Ellis

"A Prodigious Talent who's composed everything from jazz to rock to symphonic music." —Georgia Music Magazine 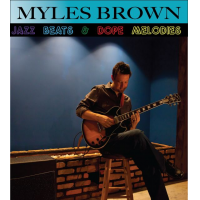 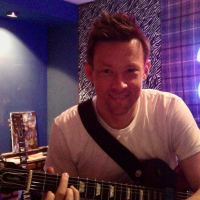 All About Jazz musician pages are maintained by musicians, publicists and trusted members like you. Interested? Tell us why you would like to improve the Myles Brown musician page.