Mikko Pellinen is part of the new generation of jazz in Finland. He started his music studies with electric bass at age of ten. Soon after he became more and more interested in writing music and began to study composing. After high school he continued his studies in the pop & jazz department of Helsinki Polytechnic school Stadia, graduating in 2008. At the time he is doing his Master's degree at the Sibelius-Academy Jazz Music Department, majoring in jazz composition. His composing teachers include Kari "Sonny" Heinilä and Jere Laukkanen among others. He has studied electric and double bass with for example Hannu Rantanen, Ari-Pekka Anttila, Ulf Krokfors and Ville Herrala. 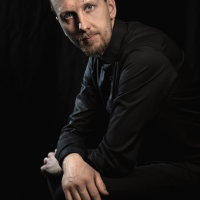 All About Jazz musician pages are maintained by musicians, publicists and trusted members like you. Interested? Tell us why you would like to improve the Mikko Pellinen musician page.