Mike Noordzy is bass player. Upright and electric. He also plays guitar and contra alto clarinet. He's an improviser and composer and plays in the bands Mothguts, MOFODiSHU, and Intense Men.

Rhythm is for Gals, the follow up to 2009's Weirdo Night, was released in October 2010 for NACHT records. Rhythm was recorded in one night using 2 microphones and no overdubs. That being said, the music was pieced together in a Bitches Brew style of cut and paste editing which consolidates 2 hours of recorded material into 26 minutes. The album title, Rhythm is for Gals, comes from a quote spoken by clarinetist Mike Noordzy to a guy from a young rock band after Mof played last at an unattended extremely mismatched show on the coldest day of the year last winter. At the end of the night the young wide eyed rocker said something to the effect of "…you guys are cool, but…..you should organize it …… maybe add some drums." To which Mike responded, "Drums? rhythm is for gals." Then the very scary steroid fueled bouncer came over and said, "Yeah, you guys add some gun shot sounds and it'd ahh-ight."

NACHT records is a donation based digital record label specializing in experimental/jazz/noise/improv/alternative music. to hear more go to www.nachtrecords.com 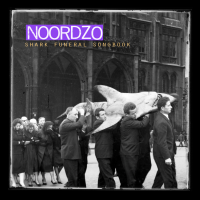 All About Jazz musician pages are maintained by musicians, publicists and trusted members like you. Interested? Tell us why you would like to improve the Mike Noordzy musician page.