Mike Murray is a guitarist, composer, bandleader and music educator based in Toronto, ON, Canada. Proficient in a wide variety of styles including popular styles, rock, classical, jazz, blues, musical theater, as well as international styles including latin folk, Indian music and more, he performs and records with a diverse array of artists and organizations in many different settings. He also composes and performs his own music with the Mike Murray Group, and performs solo classical guitar for events and functions.

Born in Thunder Bay, Ontario, Mike did not come from a musical family and was a relative latecomer to the guitar, picking it up at age 16. An initial love of the Rolling Stones and Led Zeppelin quickly led to discovering John McLaughlin and the Mahavishnu Orchestra, Steve Vai, Wes Montgomery, Paco de Lucia and others , and a broad appreciation of music in all its forms. Soon after he resolved to pursue music full time and was accepted to Humber College's Bachelor of Music program in Toronto, graduating with Honors in 2014 and receiving the Ted Quinlan Guitar award for excellence on the instrument.

Playing in the Toronto and GTA music scene led Mike to perform with acts such as the Art of Time Ensemble for their Frank Zappa tribute, musical theater productions of Dear Evan Hansen (Mirvish) and Little Shop of Horror (Stratford Theater Festival), Bollywood music superstars Karthik and Vijay Prakash, and comedy act Garrett Jamieson and Sprattacus for which he holds a 2019 Canadian Comedy Award for Best Variety Act. He also performs in many original projects including funk-jazz group Ten Meter Band, with pop singer Sam Louis, latin folk artists Arianna Rueda and El Ceibo Folklore, and is a member of legendary Canadian drummer Paul Delong's band One Word which performs classics from the jazz-fusion era of the 1970s and onwards. His skills are also very in demand as a session player, and he contributes recorded guitar parts to artists in many styles from all over the world.

Mike has recently released his debut album "Horizon" digitally on alls treaming services, and is currently focused on a busy schedule of shows for the project in 2022. He is also an avid and experienced educator, teaching guitar, ensemble and music theory privately and as a faculty member at Centennial College in Toronto for their Music Industry Arts and Performance program. Lastly, he can be seen live streaming music performance, composition as well as answering questions about guitar and music on Twitch Sundays at 7:30pm EST and regularly uploads free educational content to his youtube channel. 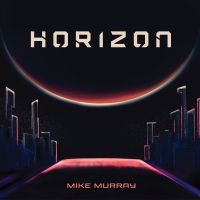 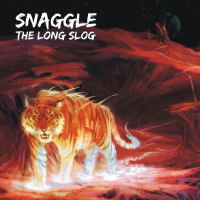 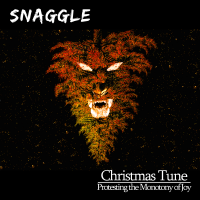 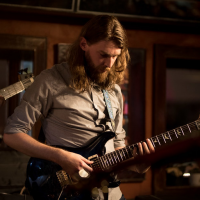 All About Jazz musician pages are maintained by musicians, publicists and trusted members like you. Interested? Tell us why you would like to improve the Mike Murray musician page.