Prior to launching a solo career, British-born, Canadian-raised singer/songwriter Michelle Willis amassed an impressive résumé through a variety of collaborations and work as a session keyboardist and background singer. She graduated from Toronto's Humber College jazz program, and began performing weekly residencies at piano bars across the city. It wasn't long before she had expanded to become a hired gun for a variety of different acts like David Crosby, Becca Stevens, Laura Mvula, Snarky Puppy, Parachute Club and Zac Brown Band.

She came from a family of "let's sing that James Taylor song again" kind of people at holidays. Her music is inspired by years spent lifting Carole King and Ray Charles records, singing in choirs and finding a home in the songwriting and artistry of musicians like Joni Mitchell, Shawn Colvin, Bonnie Raitt and Donny Hathaway.

A 2009 collaboration with Toronto's Don Rooke and Hugh Marsh led to the formation of Three Metre Day, a modern roots band featuring Willis on pump organ and vocals, Marsh on violin, and Rooke on slide guitar. The trio recorded the 2012 album Coasting Notes, and scored the 2013 independent film Still Mine, the latter of which earned them a best original score nomination from the Canadian Screen Awards. Willis and the band befriended an unlikely ally in Iggy & The Stooges guitarist James Williamson, who enlisted them to play on Pop's 2013 album, Ready to Die.

By 2015, Willis was touring across the globe opening up for Snarky Puppy across Europe, backing up fellow Canadian folk artists Peter Katz and Royal Wood all while wrapping up sessions for her first release as a solo artist.

Her debut solo record, See Us Through, was released on GroundUP Music, a label started by three time Grammy Award-winner and founder of Snarky Puppy, Michael League. She has since toured her album across Europe, Scandinavia, USA, Canada, Japan, Taiwan, New Zealand, Australia, and Singapore. Aside from leading her own band, Michelle is currently a member of both of David Crosby's 'Skytrails' and 'Lighthouse' bands, the Becca Stevens Band, and the Justin Stanton project. 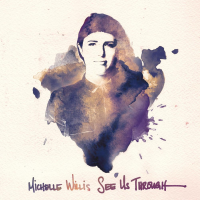 From: Earth Voices
By Michelle Willis 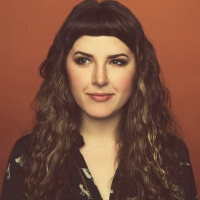 All About Jazz musician pages are maintained by musicians, publicists and trusted members like you. Interested? Tell us why you would like to improve the Michelle Willis musician page.