During the summer in 2011 he attended Saxophone's Master classes during the first “Castellammare Jazz Festival” arranged by Seamus Blake and Mark Turner. He was engaged as Sax Soprano in the ensemble at theatre Biondo, Palermo, taking part of the theatre play “Assassinio nella Cattedrale”, that was played in the following theatres: Biondo in Palermo, Carignano in Turin, Piccolo in Milan, Storchi in Modena, Argentina in Rome.

For the INDA foundation(Old drama national institution) of Siracusa, Michele played in the famous greek theatre in Siracusa for the XLIV cycle of classic shows, and he contributed to the success of the big trilogy of Eschilo: the Orestea.(Agamennone, Coefore and Eumenidi).

With the theatre Biondo in Palermo Michele also exhibited in several shows such as:

Michele has an intense live activity both as a soloist and as a performer within various ensembles, and he partecipated to several competions and festivals in Italy such as:

Michele also cooperated as a soloist, with the “Orchestra Giovanile Mediterranea”, with the orchestra leader M. Alberto Maniaci and with the “Brass Group”, Palermo, where he worked mainly as a saxophone teacher.

In January 2018 with the Orchestra Sinfonica Castelbuono Classica takes part in a successful tour in China, playing in the best theatres. Since 2018 he's part of the Jumpin'Up, famous sicilia swing band. With the Jumpin'Up Michele regularly plays in the best swing festival around Europe and in 2019 they record the album “Get The Bounce”. In the same year, Michele takes part to other album recording: “Lunar”, with the “Fabrizio Brusca Quartet”; and “Soyuz 10”, last album of the famous singer Mario Venuti. In December 2019 he records “Who Knows”, his first single, and “Petri Priziusi”, Madonie's hymn. To date is a saxophone teacher at the middle school “F. Minà Palumbo” and at Musical Academy “Primo Spazio” in Castelbuono (PA). Show less 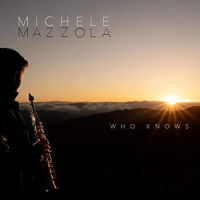 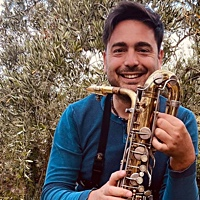 All About Jazz musician pages are maintained by musicians, publicists and trusted members like you. Interested? Tell us why you would like to improve the Michele Mazzola musician page.