Michael Spiro is a world-renowned percussionist, recording artist, and educator, known specifically for his work in the Latin music field.

Spiro's formal education includes a bachelor's degree with honors in Latin American Studies from the University of California, and three and a half years of graduate work in ethnomusicology at the University of Washington. His practical education consists of a seven- year apprenticeship with Francisco Aguabella (a relationship which continues today) and extensive study throughout Latin America. He has studied annually in Cuba since 1984 with musicians such as Jose Luis Quintana (”Changuito”), Esteban Vega Bacallao (”Cha-Cha”), Daniel Diaz and Juan “Claro” Blanco of Orquesta Ritmo Oriental, Regino Jimenez, Los Muñequitos de Matanzas and Grupo Afro-Cuba de Matanzas. In addition, in 1986, he spent two months training at G.R.E.S. Portela, the famous Escola de Samba in Rio de Janeiro.

Spiro currently resides in San Francisco, Calif., where he is an integral part of the Bay Area music scene. He records and produces with groups throughout the West Coast and still tours world-wide with the percussion trio Talking Drums, which he co-leads with David Garibaldi and Jesus Diaz. In June 1996, his recording Bata-Ketu was released on Bembe Records to international critical acclaim, including being voted one of the top 50 drum records of all time by Drum Magazine.

In 2004, Spiro received a Grammy nomination for his work as both producer and artist on Mark Levine's Latin/jazz release Isla, and, in 2005, he released BataMbira, which he wrote and produced with Professor B. Michael Williams. The CD received rave reviews around the world for its fusion of Afro-Cuban folkloric music with the mbira music of Zimbabwe, and that same year, he was voted runner-up in the jazz/fusion category in Drum Magazine's Reader's Poll Awards. In 2006, Chuck Sher Publications released his book, The Conga Drummer's Guidebook, and it has already become the standard in the field for intermediate/advanced instruction.

He is a frequent visiting artist at universities worldwide. In addition to the position he held in the Jazz Department at the University of California, Berkeley, Spiro has taught at numerous colleges throughout North America and Europe, and continues to be a presenter at national and statewide conventions of the Percussive Arts Society and the International Association of Jazz Educators. 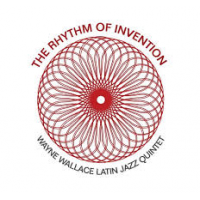 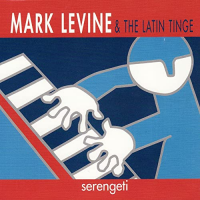 The Rhythm of Invention

From: The Rhythm of Invention
By Michael Spiro 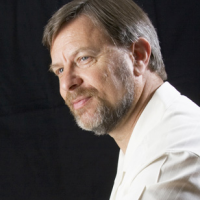 All About Jazz musician pages are maintained by musicians, publicists and trusted members like you. Interested? Tell us why you would like to improve the Michael Spiro musician page.