Since graduating from Trinity College of Music in 2005, Matt has established himself as one of the most versatile, creative and hard-working bass players on the UK jazz scene. Known for his imaginative soloing, solid time keeping and great sound, he is in demand for both straight-ahead and modern jazz. He has performed worldwide and at many of London’s most prestigious venues such as the Purcell Room, the Cadogan Hall, Ronnie Scott’s, Dean Street Pizza Express Jazz Club, King’s Place, the Barbican main stage, and the O2 Arena. He is a regular at the Swanage, Marlborough and Scarborough jazz festivals, and continues to perform at others both at home and abroad. Long time collaborators include Darius Brubeck, with whom he has recorded 3 albums, most recently with Dave O’Higgins on sax. For 3 years Matt played in UK jazz legend Michael Garrick’s quartet, big band and Lyric Ensemble. Since 2008 he has recorded and performed extensively with oud maestro Attab Haddad in his project combining middle eastern, flamenco and jazz music. More recently, Matt has been working with Issie Barratt in her large ensemble, and touring with up-and-coming guitarist Ant Law. As a band leader, Matt released his debut album ‘Thymos’ on the prestigious Whirlwind Recordings label in 2013. Featuring the talents of award-winning pianist John Turville, drummer George Hart, and guest appearances from saxophone superstar Jason Yarde, oud maestro Attab Haddad and percussionist Vasilis Sirikis, the album represents a substantial artistic statement of both compositional and improvisational chutzpah. The release was followed by an extensive UK tour, both of which were lauded by critics (see reviews page). The group continue to perform as a quartet and a 2nd album is scheduled for release in late 2015. In addition to his original music project, Matt leads the ‘MJQ Celebration’. A straight-ahead yet modern outfit, the band comprises Brit-jazz award winner vibraphonist Jim Hart, (notably one of the very few UK artists to be nominated in the ‘Downbeat’ reader’s poll), pianist Barry Green, and Brit-jazz multi-award winner Steve Brown on drums. Propelled by Ridley’s ebullient swing, the group lend an exciting modern sensibility to the well known and loved repertoire of the Modern Jazz Quartet. The group released an eponymous CD in April 2014 (produced by Ridley), which received glowing reviews and was described by the London Jazz Blog as ‘an enormously entertaining project, already leaping on top of an ‘early best of 2014’ pile’

Enter the "Matt Ridley - Thymos" Giveaway at All About Jazz!

'one of the most exciting young jazz bass players around' - Marlbank

‘Ridley and Brown like masters of the metronome, spot on at every juncture’ - Peter Vacher, Jazzwise

‘Ridley has a solid, woody sound and his solos are nimble and to the point’ – Mike Hobart, Jazzwise

‘his soloing is impressive, utilising the whole of the scale-length to produce imaginative improvisations’ - Bebop Spoken Here 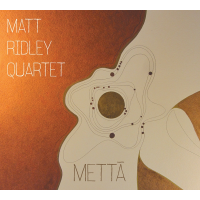 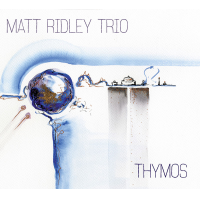 From: Thymos
By Matt Ridley

All About Jazz musician pages are maintained by musicians, publicists and trusted members like you. Interested? Tell us why you would like to improve the Matt Ridley musician page.