After several years of hearing his dad playing the guitar around the house and of being enthralled with Michael Jackson’s Thriller and the virtuosic piano stylings of the late Johnny Costa on Mr. Roger’s Neighborhood, Matt Nelson asked his parents for piano lessons at the age of 5. It was only a year later when he met lifelong friend and musical companion, future drummer and audio engineer, Matt Nischan. As kids, the two Matts spent hours jamming, attempting to pick out melodies and beats from current rock and pop songs and various Nintendo games by ear.

At age 13, Nelson hit an impasse with his piano studies and began studying jazz with pianist Tara Singer. It was with Singer that Nelson was introduced to the basics of the jazz language, as well as being introduced to Chick Corea’s Now He Sings, Now He Sobs, an extremely influential record for Nelson. Nelson continued studying with Singer through the end of his high school years. While in high school, Nelson also spent time studying drums and percussion, including vibraphone and marimba.

Directly after high school, Nelson and Nischan entered a long period of creativity and musical exploration. Both decided to attend the College of Lake County before leaving town for a university, and Nischan had purchased a home digital recording rig. The pair spent months writing and recording music at Nelson’s house; several of the tunes on Nostalgiamaniac were conceptualized at this time. Finally, in 2003, Nelson moved to Chicago to attend Columbia College Chicago. It was there where he met a core group of like-minded young musicians, some he has been collaborating with ever since (Aaron Koppel, Brad Dickert, Robbie Tucker, Matthew Santos, Sarah Marie Young). Nelson studied jazz piano and arranging at Columbia, developing musical skills and relationships that continue to be fruitful for Nelson’s career.

Currently, he can be found performing and recording with a multitude of artists and projects around the Chicago area. Matt regularly performs with Grammy-nominated artist Matthew Santos (who just released his latest album, This Burning Ship of Fools), rock phenom Graham Czach (also the bassist in the Matt Nelson Trio), jazz musicians Aaron Koppel (recently featured in Downbeat magazine), Tim Seissor, Shawn Maxwell, Sarah Marie Young, and Keri Johnsrud. He has also recorded and arranged for acclaimed hip-hop artist Lupe Fiasco, and is planning on touring with Lupe’s band at Australia’s Big Day Out festival in January, 2011.

Matt also records, arranges, and produces for one of Krakow, Poland’s most prominent bands, Let Me Introduce You to the End, and has performed a number of times with the band in Poland and eastern Europe. Their next album, Of Ghost is scheduled to be released in late 2010. Show less

Announcing the Winners of the "Matt Nelson - Nostalgiamaniac" Giveaway

“...compositions that cover a lot of ground stylistically, and improvisations that tower above those of most other twentysomething pianists. His writing makes unusually good use of rhythm and tempo to define his melodies; his soloing reveals a tremendous control of dynamics and articulation. His improvised lines expand and deepen through the use of internal rhymes and implied harmonies, and he uses his command of accents and ornamentation to turn a mere rendition into an actual arrangement... a glorious debut from a pianist worth watching.” --Neil Tesser, Examiner.com

"a tasty player with a penchant for uncommon lyricism" --Bill Milkowski, Jazz Times 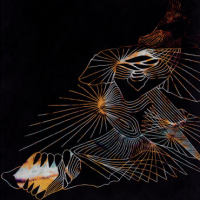 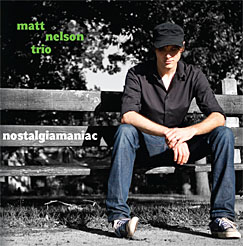 All About Jazz musician pages are maintained by musicians, publicists and trusted members like you. Interested? Tell us why you would like to improve the Matt Nelson musician page.