I'm a drummer and have been involved in various projects over the years with friends and have also had the privilege of touring and recording with some of the most amazing musicians/people ever such as Bill Frisell, Tori Amos, Soundgarden, Phantogram, David Bowie, Fiona Apple, The Finn Brothers, David Torn, Miranda Lambert, Elvis Costello, The Master Musicians Of Jajouka, Jon Brion, Robert Fripp, Morrissey, Elton John, Brad Mehldau, Garbage, Dido, Pearl Jam, Mitchell Froom, T-Bone Burnett to name a few. 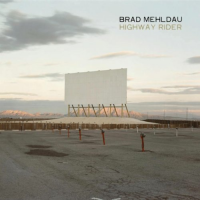 From: Uncommon Measures
By Matt Chamberlain

All About Jazz musician pages are maintained by musicians, publicists and trusted members like you. Interested? Tell us why you would like to improve the Matt Chamberlain musician page.