Mathieu Fiset grew up in a musician’s family. He started playing keyboards at four years old and studied classical piano for a few years. In his teens, Mathieu joined several local bands and started writing and recording his own original music. After several albums and tours in Canada, Mathieu expanded his horizons and toured extensively over a seven year period in China, the United Arab Emirates and Southeast Asia. While on tour, he continued to produce new albums and signed with CandyRat Records in the USA to release his music to a greater audience. In 2018, Mathieu came back home to Quebec City, produced a new album (Endless Imagination) and formed a new live band, Mathieu Fiset & The RoboJazz Band, to perform his new music on stage. In 2019, Mathieu released “Contradictions”, an album mostly focused on electronic songs, with female vocalists and himself on vocoder. The RoboJazz Band also performed on the main stage of the Jazz etc. Festival in Lévis. In 2020, just before the pandemic, Mathieu Fiset & The RoboJazz Band recorded a self-titled live session album featuring new songs and older songs re-arranged. The same year, the song “Chick’s Pain”, from Mathieu Fiset’s first “RoboJazz” album, got a big popularity boost thanks to drummer Larnell Lewis of Snarky Puppy, who played the song in a Drumeo video on YouTube that quickly became viral. Now Mathieu is producing a new solo album for 2021, featuring songs in various styles and with a wide array of world-class musicians, including Jordan Rudess and Larnell Lewis among many others. 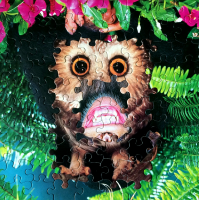 All About Jazz musician pages are maintained by musicians, publicists and trusted members like you. Interested? Tell us why you would like to improve the Mathieu Fiset musician page.