Massimo Nunzi composes and directs a wide range of bands, from string quartets to  polyphonic choirs, from jazz big bands to symphony orchestras, while composing, performing music for radio, TV, cinema and theatre.

His career is dotted with prestigious collaborations: from his debut as a trumpeter alongside Don Cherry, Massimo Urbani, Lester Bowie, Dizzy Gillespie, John Cage, Toshiko Akiyoshi, Enrico Pieranunzi, treading the stages of the most famous Italian clubs and theaters in the 1990s 80s and 90s, conducting the RAI orchestra, participating in RadioRAI radio programs and in the film productions of Istituto Luce, Cattleya, Rai Cinema, Indigo and RAI TV films and programs. He has composed, arranged and performed the music for theater and dance performances, works of contemporary music such as "La tempest" with Nicolò Fabi and Ada Montellanico and concerts for famous Italian theaters such as the Piccolo in Milan, the Casa del Jazz in Rome, the Teatro Piccolo Eliseo, the Auditorium Parco della Musica as well as for productions for Radio France such as the opera Sentimental Funeralies with the poet Yann Apperry and major concerts as composer, arranger and conductor for international music festivals such as Icastica Arezzo, Rome Jazz Festival, Umbria Jazz, the Entroterre Festival and the Caserta Festival, the Manosque Festival and La Dynamo in Paris.

His music has been constantly influenced by Jazz, but also by Classical and Contemporary music works, as well as by author pop, always looking for compositional and performative experimentation. From a very young age fascinated by the soundtracks of TV series, television and radio broadcasts of the 70s and 80s, he developed his musical aesthetics by continuously enriching it with the languages, sounds and reflections of musicians, artists and affections of international importance, such as the trumpeter Chet Baker, the author Andrea Camilleri , the singer Tosca, collaborating with authors of all musical and literary genres such as Colle der Fomento a Frankie Hinrg to the poet Doris Kareva.

He conducted the RAI orchestra for the first time at the age of 29 with Oscar Valdambrini, Dino Piana, Franco Piana, Alberto Corvini and Antonello Vannucchi among the soloists, to then be entrusted by RAI Radio Televisione Italiana throughout his career with the compositions, arrangements and the execution of the music of programs such as La cresta dell'onda, Splash un'estate al massimo, The night of the David di Donatello, Granpaese Variety, documentaries of "La Grande Storia di Rai 3″ and of "I Grandi del Cinema italiano ” as well as the soundtrack for TV films such as “Crimini” and the TV series “Sirene” alongside director Davide Marengo. He participates in the Berlin Festival in 1999 with the soundtrack of "Vuoti a Perdere" by Massimo Costa. In 2003 he specially developed two show formats for the theaters surrounding the Municipality of Rome: "Giocajazz" for the Quarticciolo and "Jazz instructions for use" in eight concerts for the Teatro del Lido di Ostia. "Jazz instructions for use" was sold out at the Sistina Theater in Rome for 14 concerts in 2005/2006: in addition to performing pieces that span the entire history of jazz, Massimo induces the audience to reflect and interact with the orchestra explaining anecdotes, stories and introducing characteristic musical elements in order to provide the spectator with tools for reading and understanding music. The project then became the subject of an in-depth documentary on jazz in 12 episodes published by the Repubblica-L'Espresso group called "I Grandi del Jazz", as well as a volume by Laterza Editore "Jazz Instructions for use" with DVD.

The Mastercard "O me o la musica" commercial with its original composition was awarded as the best commercial of the year TOP BRAND ADVERTISING 2004.

In 2014 and 2015 the readers of the international magazine "Jazz it" awarded him first place as arranger.

In 2019 the Auditorium Parco della Musica "Ennio Morricone" in Rome expands the educational offer by inserting an orchestra workshop dedicated to the youngest, the Jazz Campus Kids Orchestra and entrusts its direction to Massimo Nunzi.

Among the most recent soundtracks, “Where Are You” (2019), (for National Geographic) directed by Mexican director Jesus Garces Lambert and “The Infidels” (2020) (for HT Film, Indigo Fil 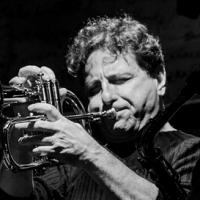 All About Jazz musician pages are maintained by musicians, publicists and trusted members like you. Interested? Tell us why you would like to improve the Massimo Nunzi musician page.