Mark Fox, tenor & soprano saxophone, flute, and kamal ngoni (Malian harp) player, bandleader, composer and recording artist has participated for almost 25 years professionally in the international music and entertainment industry. Blessed at an early age, many legends of music came into his life such as maestros Archie Shepp, Yusef Lateef, Marion Brown, George Garzone, George Clinton and a host of others. These masters became profound teachers, mentors, friends and colleagues, passing the baton on to Fox and bringing him into the deepest levels of the music world. During Fox's decade and a half in New York City, he had the honor to perform with such greats as Warren Smith, The Boys Harbor Big Band, George Clinton and the P- Funk All Stars, Archie Shepp, The Violent Femmes, Eugene Chadborne, and a numerous of other groups and high level artists. Mark's career in music tapered while living in Paris, France, though continuing to play with less frequency, he was blessed to perform with greats such as Steve McCraven, Hervé Samb, Rassul Siddik and others. The Mark Fox Quartet+, featuring pianist Stu MacAskie, bassist Troy Robey & drummer Tom Tilton, along with special guests regularly performing with the group, mesmerizes the listener with an eclectic mélange of classics, original, and more obscure music from around the world. Blending the worlds of transcendental jazz and West African music, the band delivers a powerful musical message of freedom, expression and love. Cherry Sound Music recording artist and Theo Wanne Instruments & Mouthpieces endorsed artist, Mark Fox currently leads his group, The Mark Fox Quartet+ and has just released his first album as a signed recording artist,"Three Octaves Above the Sun". The band is working with Scott Thompson PR and is currently seeking management & booking to bring the unique sound and powerful expression to the international stage.

"Fox’s dynamic, powerful performance on tenor and soprano sax is everywhere on Three Octaves Above the Sun, with the rest of the band delving into some transcendental jazz. The way Fox sees it, he just tries to get out of the way and let the spirit do its thing." -Jon Solomon, Westword, Denver, CO

Sound, openness and channeling of the music as access to powerful improvisation. Learn techniques to "get out of the way" and let the music come thru you as a conduit for it. The root and core of the word Music & Musician is "muse", which is the inspiration, channel and instrument for the higher levels to communicate via

Sound, openness and channeling of the music as access to powerful improvisation. Learn techniques to "get out of the way" and let the music come thru you as a conduit for it. The root and core of the word Music & Musician is "muse", which is the inspiration, channel and instrument for the higher levels to communicate via. Become the muse and open yourself to the truth of the highest form of communication. 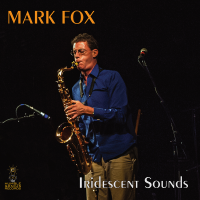 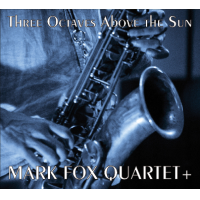 From: Iridescent Sounds
By Mark Fox 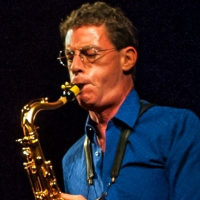 All About Jazz musician pages are maintained by musicians, publicists and trusted members like you. Interested? Tell us why you would like to improve the Mark Fox musician page.