Maripat Davis is a show business veteran, having begun her performing career at the tender age of six. She is an actress, singer, dancer, and recording artist, and has amassed an impressive array of credits in a multitude of mediums, including theater, film, television, concerts, nightclubs and cabarets, as well as radio and records.

As a solo performer and recording artist, Maripat worked with Grammy Award-winning producer James Stroud. Her recordings appeared on the Billboard and national charts, and earned her a Top Female Vocalist nomination by the Major Independent Record Industry Awards. Maripat was managed by the well-known talent executive Bill Boyd of Dick Clark Productions, and has performed in concert with legendary singers such as Garth Brooks, John Denver, and Dolly Parton. She was a guest artist at Farm Aid V and VI, where she was accompanied by Willie Nelson, and has also been a featured performer at the Florida Suncoast Dome, the renowned Nashville Palace, and the Universal Amphitheater, to name just a few. Maripat also performed live on TV’s Nashville Now, numerous celebrity telethons, and major fairs throughout the country.

For Maripat, show business is a family tradition. Her father, Charles Davis, a young actor from Dublin, Ireland, was cast to play the role of Og the leprechaun in the Broadway production of Finian’s Rainbow. Her mother, Marilyn O’Connor, performed in the Broadway production of Irving Berlin’s Miss Liberty, and later joined the cast of Finian’s Rainbow, where she met Charles. Both went on to appear in countless movies, TV shows, and stage productions. Charles also became an award-winning screenwriter, director, and producer.

Maripat performed with her parents in a show called Variations, which toured California. Later, she and her mother created Mama/Me, a cabaret act that headlined at many prominent nightclubs. Maripat also appeared in many musical theater productions, including the sassy role of Val in A Chorus Line, the title role in Gypsy, and Sharon in Finian’s Rainbow. Her television and film credits include featured roles in Thunder Run, Murphy Brown, and the TV pilot Here We Go Again, in which she also sang the theme song. Show less

Maripat Davis And Richard Osborn Are Proud To Announce The Release Of... 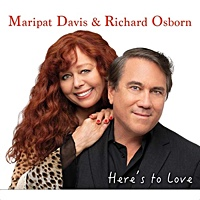 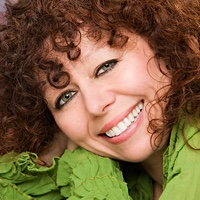 All About Jazz musician pages are maintained by musicians, publicists and trusted members like you. Interested? Tell us why you would like to improve the Maripat Davis musician page.