So goes a brief history of some of those that influenced me the most and the deepest early on and up to the point that I started to find my own voice. All the while I was hearing Oscar Peterson, Dave Brubeck, Quincy Jones, Miles Davis and so many countless other jazz greats in the background of my life, being played by my jazz-loving father.

Music was ever present in our home, but I was the one who didn’t take any music lessons. Both my sisters and brother labored away on the piano, recorder, and violin with my patient mother sitting closely by as they played scales, and pieces of pieces over and over. “Every Good Boy Deserves Favor”, FACE, all those verbal cues to learn from were just too confusing for me. But I loved listening, and loved singing. My mother was quite accomplished in her technical knowledge and in fact had a lovely lilting voice, always on pitch. My sister Linda took after her. I wanted my own identity. I decided to pursue art, and so off I went skipping happily down that path all the way to art school and New York City.

That was 1974, and I was working my way through college, waitressing during the inception of disco. Somebody played Peggy Lee, on the jukebox and I just kept playingher again and again and again. What a sound, what a style, what feeling, what heart, what sensuality. Yes, that’s when I got “The Fever”.

New York had a great jazz station at the time, WRVR, which was on in my apartment any time I was there to listen. From 8:00 AM till I went to sleep it was on. They played everybody, and that was my music schooling.

I eventually mustered up the courage to take singing lessons, singing-acting classes, got coached and began a stint with cabaret, all being supported by my day job as a New York advertising art director. That went on for 9 years until in 1993 my son, Lake, was born. My nightlife became occupied with feeding and caring, blissfully so for him. Now my singing was directed to him, with all those lovely lullabies to rediscover.

But as destiny has it, I met and fell in love with my spiritual and musical soul mate, my husband, fellow advertising exec, jazz pianist, co- creator and producer of Schoolhouse Rock George Newall. With his own love of the music, support and swinging happy style we started working on tunes and more tunes at home in his basement studio, recording track after track, version after version, for 10 years.

2007, fall. Uh-oh, a husky, odd weak sound in my voice. Allergies? A cold? No, after four months of devastating vocal decline I learned it was called “Bilateral Vocal Fold Paresis”. February 2008, surgery number one, implants in throat to reposition nerve-damaged vocal chords. August 2008, lypo injection to beef up damaged tissue. December 2008, tweaking of implants to assure perfect biomechanics of vocal chords. Thank you Dr. Jamie Koufman, for saving my voice, and therefore, my life.

August 2009. I needed to test my new vocal chords. George had finished the latest iteration of Schoolhouse Rock, “Earth Rock”, with the great Bob Dorough, who graciously agreed to work with me on a couple duets. Jim Czak, Johnny Post & Bill Moss of Nola Studios graciously record us. My confidence is renewed. Winter 2010. A long, cold, snowy winter. What better time to dust off all those basement tracks, and even come up with some new ones.

George did it all, the arranging, the playing of every instrument digitally, the setting up , the recording, and with the patience of a saint. He navigated me through utter despair, tantrums, self doubt, with his generous soul, his even temper and his ever-constant smile, supporting, supporting, supporting.

My voice teacher Guen Omeron said to me long ago, “What you are doing today is preparation for what you are meant to do tomorrow”. So here we are today, happily preparing for every single tomorrow. 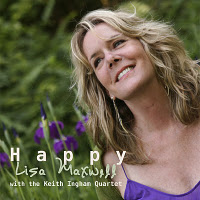 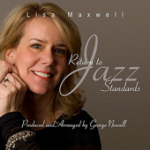 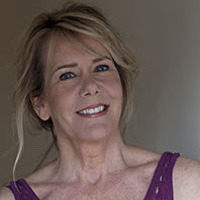 All About Jazz musician pages are maintained by musicians, publicists and trusted members like you. Interested? Tell us why you would like to improve the Lisa Maxwell musician page.