Kimber Manning could certainly be regarded as a “singer’s singer.” At least that’s the buzz surrounding this artist, to those in the know, here in Nashville and beyond.

Aside from a keen sense for ear-friendly, energetic lyrics and melodies, as found in her forthcoming CD, it’s Kimber’s voice--passionate and wrenchingly soulful--that has garnered so much attention from her peers and industry insiders.

“No doubt about it, Kimber has all the qualities for a long career in the music industry,” says fellow singer-songwriter Lindy Gravelle. John Briggs, vice president, membership, of ASCAP Nashville says simply, “I love her voice.”

That voice has been taking shape since she was a little girl singing in her father’s church. She also toured with a successful gospel group supporting their chart topping hit singles on RCA Records. Now she is working with producer Tommy Cooper on her first solo CD.

During the recording her voice caught the ear of Shure Microphones’ Regional Artist Relations Manager Ryan Smith, who offered an endorsement.

But then, Kimber’s talent attracts that kind of response--she won’t remain a well-kept Nashville secret much longer. 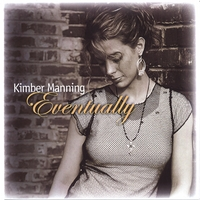 All About Jazz musician pages are maintained by musicians, publicists and trusted members like you. Interested? Tell us why you would like to improve the Kimber Manning musician page.