Kaveh Rastegar is a Grammy nominated Electric and Upright bassist. In the years since moving to Los Angeles, California from Rochester New York where he graduated from the Eastman School of Music, Kaveh has enjoyed success playing, writing and recording music for a wide array of artists, projects and films.

Kaveh is a founding member of the Grammy Nominated Jazz quintet Kneebody. Kneebody has toured the world and recorded a number of albums. Most recently they have signed to Concord records and have toured Australia, Japan, Europe and the States in support of their new album “The Line”. Kaveh is also bassist for acclaimed singer songwriter John Legend and has accompanied him on tours worldwide since the summer of 2014. Kaveh is also bassist and musical director for singer and smash songwriter Sia.

As a writer, in addition to his own songs and music for Kneebody, Kaveh has written songs with other artists such as Bruno Mars, Cee Lo Green, Kimbra, Meshell Ndegeocello, De La Soul and others. His song “Conviction” co written with Meshell Ndegeocello was chosen as the lead single from her latest release “Comet Come To Me”. 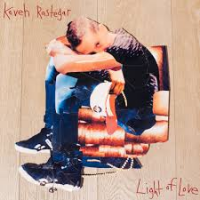 All About Jazz musician pages are maintained by musicians, publicists and trusted members like you. Interested? Tell us why you would like to improve the Kaveh Rastegar musician page.