Kate Blossom is a London based musician who performs both classic and contemporary Jazz standards and writes original songs. Growing up in the Blue Dandenongs – the forested hills outside Melbourne, Australia – Kate listened to her grandmother play her repertoire daily at the piano.

She instantly fell in love with music, and at the keys of that same piano made up melodies, tiny songs and simple poems that would form the nascent roots of the sophisticated and sensual style that she has grown into today.

Inspired to focus her original musical output through jazz, lyrics and songwriting, Kate´s musical seeds were sown. Kate went on to study Music Performance in Jazz, Improvisation and Pop at Box Hill Instituter then Melbourne University / Victorian College of the Arts.

Seeking new musical inspiration, Kate moved to Europe, where Berlin smiled upon her concerts in bars and underground clubs. Following the warm glow of the sun, Kate then moved to Barcelona, where her love of roots music in all genres really came to the fore.

Now, from her home in London, Kate is currently working on her series of 4 releases for 2014, and gigging with her duo, accompanied by acclaimed guitarists Jeff Rodrigues and Aliocha Thevenet, both in the UK and abroad.

The “Lo fi and Live in London” releases are planned for each of the four seasons of 2014. The series is neo-impressionist; it seeks to capture the strings of moments that make the feeling of a gig, to depict and evoke the feeling of the moment of creation.

“Lo fi and Live in London, Vol. 1: Winter” was recorded on St. Valentine´s Day at the duo´s weekly residency at Gremio de Brixton bar in London, and released in May.

“Lo fi and Live in London, Vol. 2: Spring” was recorded at the duo´s weekly residency at Opium cocktail parlour in Soho, and released in September.

Kate is currently mastering the “Summer” recordings, and lining up gigs to record her “Autumn” release at. Show less 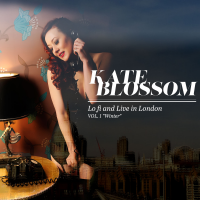 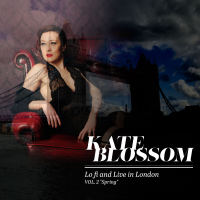 All About Jazz musician pages are maintained by musicians, publicists and trusted members like you. Interested? Tell us why you would like to improve the Kate Blossom musician page.