As a jazz vocalist, Kaitlyn has performed in venues across New York City, New Jersey, Westchester County, the Capital Region of New York, as well as the Netherlands, Denmark, and Germany. As part of the 35th Annual Jazz Room concert series at William Paterson University, Kaitlyn opened for jazz guitarist Bucky Pizzarelli with her Ella Fitzgerald Tribute Ensemble, and opened for the Count Basie Orchestra with the WPU Vocal Jazz Studio. Her debut jazz standards album, Curiosity, was released in 2013; and in the summer of 2014, Kaitlyn was a featured vocalist in the Hudson Valley Jazz Festival alongside Judi Silvano. In 2015 she recorded with the NJ-based big band Big Beat, on baritone saxophone, for their self-titled debut album of originals.

Kaitlyn Fay Vocalist Albany
"Swinging and sweet - Kaitlyn has a command of her instrument and a musicianship beyond her years. She's a joy and a natural." - Peter Eldridge, New York Voices

"Kaitlyn possesses a voice that has both intimate charm and great command of the music." - Pete McGuinness Jazz trombonist, vocalist, and ​ Grammy-nominated arranger 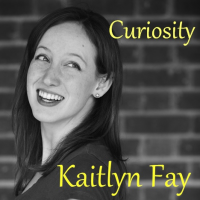 All About Jazz musician pages are maintained by musicians, publicists and trusted members like you. Interested? Tell us why you would like to improve the Kaitlyn Fay musician page.