“Judy lewis enters a room like an electrical storm...quiet, but foreboding of a force to be dealt with.” So said Hadara Levin of Judy Lewis in a 2000 interview in The City Voice.

I first met Judy in late 1999. A family friend had suggested that while on holiday in Israel I look up an interesting Jazz pianist. Judy had just sold her brand new Ford Fiesta for $12,000 to finance the recording and release of her first album, “Weaver of Dreams”. That fact should have, in itself, given me a hint as to who it was I was going to be dealing with. What I found, in fact, was a single Mom of 4 small children, working a 40 hour a week day job, still finding 4 to 5 hours a day to practice and promote her music. Our first conversation was a bantering of jazz drummers' names (I myself, being a drummer), a comparison of their styles and Judy's very strong statements of preference for one over the other. Judy told me that she was in the process of putting together a new Trio lineup since her drummer had been diagnosed with a life threatening illness and her bass player was planning a move to Germany to study music. One more in a long line of hurdles that didn't seem to faze her or dim the conviction she had in the music she created. Little did I know that just one year later would begin a lifelong collaboration as producer for this unique 21st century artist 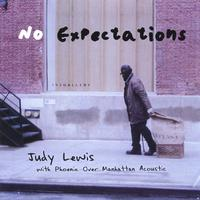 All About Jazz musician pages are maintained by musicians, publicists and trusted members like you. Interested? Tell us why you would like to improve the Judy Lewis musician page.