Jonathan is one the most prolific and imaginative composer-pianists operating today, with a succession of ever-enticing bands and projects with world class line-ups from Europe and the USA. Aside from his own bands with which he has recorded 10 albums, he has also worked closely with Bobby Wellins, Claire Martin and Tim Whitehead, Pharoah Sanders, Mark Murphy and Art Farmer. With Tony Kofi he co-founded the Monk Liberation Front, whose legendary performances of the complete Thelonious Monk catalogue have led to award-winning recordings.

He has performed in groups comprised of leading musicians from France, Finland and Italy, and a fantastic trio emerging from the hothouse of the New York jazz scene featuring Joseph Lepore and Nasheet Waits which has packed out Dizzy’s at Lincoln Centre. All About Jazz’s John Corroto describes the “amazing communication between [the] players. Today, cutting-edge jazz trios require interaction between players and expect both drummer and bassist to be more than just disciples. Trio leaders such as Jason Moran, John Escreet, Matthew Shipp all write and perform their music as a three-way conversation. Add to that list, London-based pianist Jonathan Gee. Gee negotiates the track as if he is taking shorthand — hopping, skipping and jumping as he accelerates across the melody.” Mike Hobart, writing in the FT about Jonathan’s duo with the incomparable Mike Westbrook comments: “Then came the duet, it was something special. The two pianists swapped dissonance, embellished each other’s trills and thumps, and supported each other’s fancies. Westbrook rolled, Gee decorated with sensitivity, vigour and a gravelly voice.” 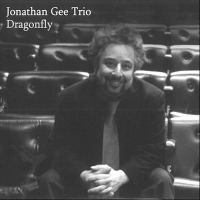 Not On Label (Jonathan Dane Self-released)
2004 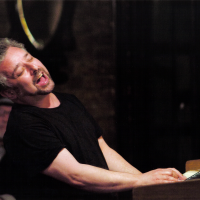 All About Jazz musician pages are maintained by musicians, publicists and trusted members like you. Interested? Tell us why you would like to improve the Jonathan Gee musician page.