Born in Bristol, John Pearce began learning the violin at the age of seven and has since performed in Austria, Belgium, the Czech Republic, Denmark and Japan as well as at venues in London including the Royal Albert Hall, St. Martin in the Fields and St. John’s, Smith Square. He has performed live on BBC radio and television and has given world premieres of works by composers such as Sir Richard Rodney Bennett. As a soloist, he has performed concertos by Bach, Bruch, Beethoven and Brahms and has given duo recitals with pianist and composer Motoki Hirai. Festival performances have included the Cheltenham Music Festival, the Bath Festival and the Guinness Cork Jazz Festival.

John had the honour of receiving an award from the Former Parliamentary under Secretary of State for an outstanding contribution to music and was awarded a bursary at the Royal Academy of Music where he studied with Gyorgy Pauk, later continuing his studies privately with Bela Katona. He was also part of the Live Music Now scheme that was developed by Yehudi Menuhin as a musical outreach organisation and John continues to give masterclasses and music workshops throughout the country. ​ ​His own work as a jazz musician has led him to collaborate with David Newton, Alex Hutchings, James Morton, Ian Matthews and Andy Sheppard. 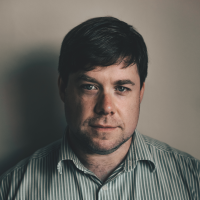 All About Jazz musician pages are maintained by musicians, publicists and trusted members like you. Interested? Tell us why you would like to improve the John Pearce Violin musician page.