PIANIST JOHN COLIANNI - BIOGRAPHY
John Colianni is a pianist-arranger-composer, based in Philadelphia and NYC. Raised in suburban Maryland, John was a pupil of Lester Karr, who imparted Classical technique with studies of the Matthay method. John duly came to the attention of Ella Fitzgerald's bassist Keter Betts, who guided the young pianist  - still a teen - to his first professonal gigs (1970s-80s).  There followed a three-year stint, touring internationally and recording, with Jazz great Lionel Hampton's orchestra.  Shortly thereafter, John was finalist and cash prize winner in the 1st Thelonus Monk Piano Competition. In quick succession, Colianni was then signed with Concord Records (for whom he released three albums), then did a stint with film icon Woody Allen's traditional Jazz band (1980s). In 1991, John was then hired by Jazz vocal great Mel Torme,  touring and recording with Mel for a period of five years (1990s). In the 2000s, John was featured in the trio of  guitar great Les Paul, from 2003 til Les's death in 2009. During this period John also recorded and performed with Jazz vocalist Anita O'Day. John then toured for over a year each with Steve Miller ("Fly Like An Eagle") and guitarist Larry Coryell (2010s). Presently, John tours and records with his own Trio and Big Band, with cd releases on various US and European labels (2021 release: "Ahead Of The Crowd", Patuxent Records). John was also house pianist on the MSNBC program "Late Night W Dan Abrams", and can be heard on the score of the feature film "Revolutionary Road."

"Johnny Chops" Colianni at Knickerbocker in NYC on January 16-17 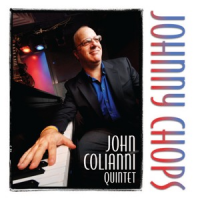 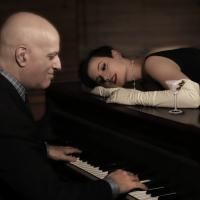 All About Jazz musician pages are maintained by musicians, publicists and trusted members like you. Interested? Tell us why you would like to improve the John Colianni musician page.