Chicago native Joel Moore (b.1973), a highly talented and versatile tenor saxophonist specializing in both jazz and rhythm & blues, received an M.M. in Jazz Pedagogy from the Berklee College of Music and The Boston Conservatory in 2000. While living in Boston, he studied with Jeff Harrington, Bill Pierce and Ed Tomassi and interacted with renowned saxophonists Rick Margitza and Bob Berg during their respective clinics and performances. Joel also performed at the House of Blues and Ryles Jazz Club in Cambridge, MA and toured throughout New England with a variety of ensembles.

Prior to Berklee, Joel lived in Louisiana and began graduate studies at the University of New Orleans. During this time he studied and performed with Ed Petersen, Ellis Marsalis, Delfeayo Marsalis, Mark Whitfield and Victor Goines. He also performed regularly in the legendary French Quarter with a variety of jazz and R&B bands including a year-long stint as saxophonist during the weekly Gospel Brunch at the House of Blues.

From 1992-1996, Joel studied at Western Illinois University and earned a B.S. in Media Communications. During this time he juggled academics and music as a member of the Jazz Studio Orchestra directed by the late Dale Hopper. With JSO, Joel performed along side guest artists Arturo Sandoval, Maynard Ferguson, Tim Hagans and Jim Snidero. He also toured throughout the United States and Europe and recorded The Third Degree (Sea breeze Records) in Nashville with acclaimed jazz trombonist John Fedchock. The compact disc The Third Degree received four stars in Downbeat Magazine.

Since moving back to the Chicago area in 2000, Joel has performed extensively at many of Chicago’s live-music venues including Buddy Guy’s Legends, Green Dolphin Street, Green Mill, Underground Wonder Bar, The Note and Elbo Room. He currently resides in Plainfield with his wife, Amy, and is on the faculty of Benedictine University, Lewis University and Prairie State College. Joel can be seen every Sunday performing with the Dr. Willie Wilson Gospel Orchestra which recently contributed humanitarian aid and performed for hurricane Katrina victims in the Gulf region. 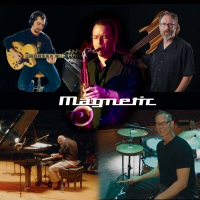 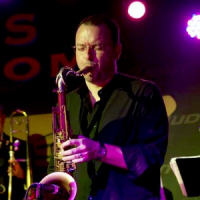 All About Jazz musician pages are maintained by musicians, publicists and trusted members like you. Interested? Tell us why you would like to improve the Joel Moore musician page.