Joseph Armand “Joe” Castro was an American bebop jazz pianist, based primarily on the West Coast of the United States.

Castro was born in Miami, Arizona on August 15, 1927 to John L. Castro and Lucy Sanchez. Castro went to school in Pittsburg, California in the San Francisco Bay area, north of Oakland, where he began playing professionally at the age of 15. His enrollment at San Jose State University was interrupted twice—first by a stint in the army from 1946 to 1947 and then when he formed his first jazz trio working on both the West Coast and in Hawaii. In 1956 Castro moved to New York City where his trio successfully appeared in the city's top jazz clubs—Basin Street, The Embers, The Hickory House and Birdland. He was critically lauded by the likes of Leonard Feather who described his style as “assertively swinging,” and Dave Brubeck, who had known Castro since the early 1950s, as “an extremely talented individual, a fine musician, an excellent pianist and a tasteful performer.” In 1958, he moved to Los Angeles to be associated almost exclusively with Teddy Edwards, Billy Higgins and Leroy Vinnegar. “The group has been very important to me,” Castro says. “I had been working so long with piano trios, I had to learn how to play less and say more. Actually I have more freedom in this group without having to carry the load.” Castro recorded and performed extensively with The Teddy Edwards Quartet while also making two of his own recordings as a leader for Atlantic Records.

The first album, entitled Mood Jazz (Atlantic 1264) was recorded on November 19, 1956 and utilized three different ensembles: a large orchestra with strings and voices, another string orchestra without voices and a regular jazz combo of piano, trumpet, alto saxophone, bass, and drums. Philly Joe Jones performed on the album which was arranged by Neal Hefti, recorded by Tom Dowd, and supervised by Ahmet Ertegun and Nesuhi Ertegun.

The second album, entitled Groove Funk Soul (Atlantic 1324) was recorded on July 18, 1958 and included Teddy Edwards on tenor saxophone, Leroy Vinnegar on bass and Billy Higgins on drums. The album photograph was taken by William Claxton. Possibly the first time the word “funk” appeared in an album title.

In the early 1960s, tobacco heiress/jazz enthusiast Doris Duke and her long-term boyfriend, Castro, along with silent partner and friend Duke Ellington, formed record company Clover Records and music publishing company Jo-Do. Castro's third album as a leader, entitled Lush Life was the only album released on Clover Records. Clover also released a 45-rpm single of the tracks “Lush Life” and “Bossa Nova All The Way,” both taken from the same album. The high level-15- IPS recording equipment, state-of-the-art for the time, purchased for Clover Records was kept in an apartment over the garage at the Falcon Lair, the Beverly Hills estate of Doris Duke located at No. 2 Bella Drive built in 1924 for silent film star Rudolph Valentino. Informal jam sessions occurred regularly at the Falcon Lair and many of the performances were captured on tape. By 1966, Jo-Do, Clover, and the Castro-Duke relationship had failed, and all three were shortly dissolved. The majority of the Falcon Lair high quality recordings remain unreleased to this day. Renowned bassist Oscar Pettiford recorded an original entitled “The Pendulum at Falcon's Lair” in 1956.

From 1959 to 1960 Castro also backed vocalists Anita O'Day and June Christy and was music director for Tony Martin from 1961 to 1963. Other sidemen for Castro's trios and quartets included Chico Hamilton, Red Mitchell, Ed Shonk and Howard Roberts.

He was married to the former Loretta Faith Haddad of Beckley, West Virginia for 41 years until her death on June 10, 2008. Loretta attended Marshall University in Huntington, West Virginia, where she graduated with a degree in music. From there she began singing at the historic Greenbrier Hotel in White Sulphur Springs, West Virginia. In 1966 she moved to Honolulu to pursue her singing career. There, she sang at the famous Outrigger Canoe Club and married Castro on October 21, 1966. They later moved to Los Angeles, eventually settling in Las Vegas, and had two sons, James Castro and John Castro. 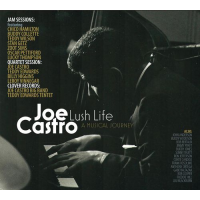 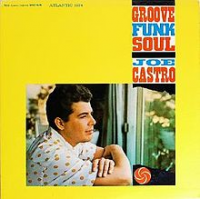 All About Jazz musician pages are maintained by musicians, publicists and trusted members like you. Interested? Tell us why you would like to improve the Joe Castro musician page.