Born in Ovar (Portugal) in 1982. Had his first contact with a drum kit at the age of 15. He started by playing rock with some local bands and toured through Portugal. He began studying Jazz in 2002. Since then, Improvised and Experimental Music became the focus of his career. He graduated from Escola Superior de Música e Artes do Espetáculo (ESMAE) with a degree in Jazz drums where he studied with: Michael Lauren, Nuno Ferreira, Carlos Azevedo, Pedro Guedes, Paulo Perfeito, among others. He also graduated with a Master´s degree in Jazz Performance from Universidade de Aveiro where he studied with: Bruno Pedroso, Alexandre Frazão, Demian Cabaud, Mário Laginha, among others. He also graduated with a Master’s degree in Music Education from ESMAE. He attended for two years in a row the Siena Jazz Summer Workshop where he attended workshops/lessons and participated in concerts with: Ferenc Nemeth, Eric Harland, Roberto Gatto, Massimo Manzi, Ettore Fioravanti, Stefano Battaglia, Drew Gress, Omer Avital, Anders Jormin, Furio di Castri, Steve Cardenas, Avishai Cohen, among others. In addition to teaching private lessons, he is the coordinator of the Drum and Percussion Department of Forum Cultural de Gulpilhares. In 2019 (May to September), he held an artistic residency at the Júlio Dinis Museum in Ovar under the name of: “Influence of spaces on musical experiments - Drums as a solo instrument.” Besides his work as freelancer, Martins expresses himself in projects such as: João Martins Quarteto, Troll's Toy, Souq, Phantom Trio and RB & Mr. SC. The record “Dynamite Sisters” from Souq was selected by Arte Sonora magazine as one of the 10 best Portuguese records in 2016. https://souq.bandcamp.com/track/the-dynamite-sisters 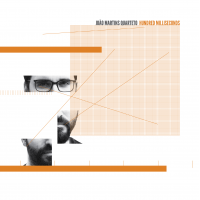 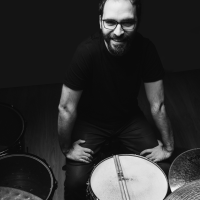 All About Jazz musician pages are maintained by musicians, publicists and trusted members like you. Interested? Tell us why you would like to improve the João Martins musician page.