Joan Jeanrenaud was born and raised on a small farm outside Memphis, Tennessee. She started playing the cello at age 11 and began studying with Peter Spurbeck the following year. As a teenager, Jeanrenaud - who was the principal cellist of the Memphis Youth Symphony - developed an interest in contemporary music. She continued her studies with Fritz Magg at Indiana University, where she was a founding member of the IU Contemporary Music Ensemble. A highlight of her college years was her participation as a Fellow at Tanglewood, where she was principal cellist with the Festival Orchestra conducted by Leonard Bernstein. After earning a Bachelor of Music degree at Indiana University, she lived in Geneva, Switzerland to study with Pierre Fournier.

At age 22 Jeanrenaud joined the Kronos Quartet and relocated to San Francisco, California. For twenty years she worked with hundreds of composers and musicians such as John Cage, Terry Riley, Morton Feldman, Philip Glass, Joan Armatrading, Tony Williams, David Byrne, John Zorn and many others.

Jeanrenaud performed more than 2000 concerts throughout the world with the Quartet in locations such as the Concertgebouw in Amsterdam, Carnegie Hall, Teatro Colon in Buenos Aires, Moscow Conservatory, Tokyo's Suntory Hall, Sydney Opera House, Teatro La Scala, Kennedy Center, and London's Royal Festival Hall. She made more than 30 recordings with Kronos, most of which were released on Nonesuch Records.

Jeanrenaud left Kronos in 1999 to pursue different artistic directions including solo projects and collaborations with a diverse group of artists, such as Hamza El Din, Pamela Z, Fred Frith, Eiko and Koma, Tom Bonauro and Yo-Yo Ma. She is currently exploring many musical arenas, including composition, improvisation, electronics, video and multi-disciplinary performance. Several composers have recently written or are currently writing new works for Jeanrenaud, including Terry Riley, Karen Tanaka, Paul Dresher, Annie Gosfield, Kevin Volans and Cenk Ergun. Jeanrenaud was an Artist-In-Residence at San Francisco's Yerba Buena Center for the Arts in the 2000/2001 season where she developed an evening length solo multi-media work, “Metamorphosis”, which received its world premiere at the Walker Art Center in May, 2001. Also during her residency she developed and performed “Ice Cello,” a four hour installation piece inspired by the work of Fluxus artist Charlotte Moorman. Show less

Cellist Joan Jeanrenaud Interviewed at All About Jazz 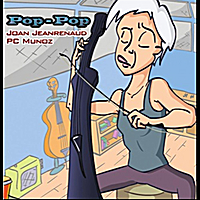 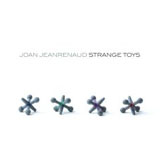 All About Jazz musician pages are maintained by musicians, publicists and trusted members like you. Interested? Tell us why you would like to improve the Erik Friedlander musician page.