Originally from Oregon, Jeryl has completed a Master of Music degree in composition from Brooklyn College, City University of New York, and a Bachelor of Music Degree at the University of Oregon School of Music with dual majors in Piano Performance and Music Theory.

While in Oregon, she began studying Afro-Cuban music, an undertaking which has taken her on an adventure that has so far included multi-year freelance tenures in both Los Angeles and New York City.  In Los Angeles she performed predominantly with “Orquesta Son Mayor,” also performing with “Johnny Polanco y su Conjunto Amistad” and others.  As a member of these ensembles, she played regularly at venues such as The Conga Room, The Mayan, The Getty Center, Los Angeles County Museum of Art and others.

After several years in LA, Jeryl again sought adventure by packing up and moving to New York City.  Since her arrival in New York, she has worked with many different artists and ensembles, including but not limited to, the Afro Latin Jazz Orchestra, Tipica ’73 Charangueando, Louis Bauzo and Ray Santos.

She has also had the good fortune to study with composers, performers, and scholars Kofi Agawu, George Brunner, Jason Eckardt, Stephanie Jensen-Moulton, Tania León, Ursula Oppens, and Dalit Warshaw.  Dialogue with these advisors has resulted in the development of both a portfolio of original chamber music and orchestral compositions, and a research interest in West African timeline music, including a publication in American Music Review regarding aural and notational traditions across cultures.

In addition, Jeryl is a committed teacher, having recently held a position as Head Music Teacher with the Afro Latin Jazz Alliance, organizing, arranging for, and directing ensembles encompassing students of many ages, and fellow faculty members, in public schools across NYC.  She has also taught privately in the areas of piano, music theory and composition.  Currently, Jeryl is on the faculty at Brooklyn College Conservatory of Music where she teaches courses in which she encourages undergraduates to engage with the topics of music and bias, and rhythm in music.

She is the musical director of the Afro-Cuban third-stream jazz ensemble “Yanine.”  The inaugural EP release by this ensemble, called What She Said, will be available in August 2022.  An unrelated EP release of chamber music compositions entitled The Dance That Escaped is also forthcoming. Jeryl is a choral singer (alto), performing with the ensemble C4, a choral, composer, conductor collective specializing in music written within the last 25 years.  Currently, she is pursuing a PhD in composition as a Graduate Council Fellow at the State University of New York at Stony Brook.

"Jeryl has fused the traditional with a more contemporary jazz/classical sound without taking anything away from the source material...Johnston is a woman with a place in Latin music." 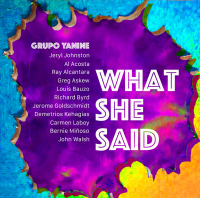 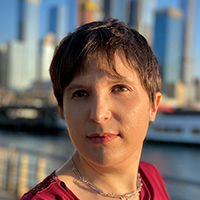 All About Jazz musician pages are maintained by musicians, publicists and trusted members like you. Interested? Tell us why you would like to improve the Jeryl Johnston musician page.