Jermaine Landsberger comes from a Sinti family and has made many albums as a jazz pianist under his own name.

Originally inspired by the sound of Django Reinhardt, later he focused on modern jazz and developed his own B3 tone in a completely innovative way. He combined his virtuoso piano style with the earthy and bluesy organ sound to create a highly explosive blend.

”Throughout the years I've had the blessing, and the pleasure, to interact with some of the greatest players of the Hammond B-3-amazing people! As always, in the evolution of any instrument, there's only a handful who are really innovative. This guy's one of them. Jermaine Landsberger is a formidable artist, a master with the flame!” --Pat Martino 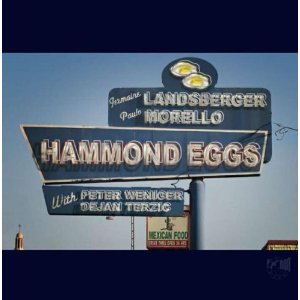 From: Gettin' Blazed
By Jermaine Landsberger

All About Jazz musician pages are maintained by musicians, publicists and trusted members like you. Interested? Tell us why you would like to improve the Jermaine Landsberger musician page.