Jay Migliori was an American saxophonist, best known as a founding member of Supersax, a tribute band to Charlie Parker.

Migliori started playing the saxophone after he received one as a birthday present at the age of twelve. He attended a music school in St. Louis, and after serving in the Air Force, went to the Berklee College of Music.

He made his first recording in 1955, and soon joined up with Woody Herman's band. After leaving the band, he would then move to Los Angeles, where he became a session musician playing on an estimated 4,000 commercial recordings. Some artists he recorded with include the Beach Boys, Frank Sinatra, Frank Zappa, Onzy Matthews, Maynard Ferguson, and many more. He also played live with thousands of musicians including Charlie Parker and Miles Davis.

In 1972, he would become a member of Supersax, a nine-piece band (featuring five saxophones) that was started by saxophonist Med Flory and bassist Buddy Clark. He, along with Warne Marsh, played tenor sax in the band and Carl Fontana, Frank Rosolino (trombone). The group won a Grammy in 1974. 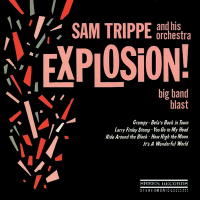 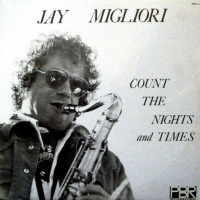 Count The Nights And...

All About Jazz musician pages are maintained by musicians, publicists and trusted members like you. Interested? Tell us why you would like to improve the Jay Migliori musician page.