Issie Barratt is an internationally active composer, arranger, conductor, baritone player, record producer and educator who has performed at a majority of leading venues in Northern Europe, south east India, central America and the east coast of Canada. She has been awarded many commissions from ensembles that include the Philharmonia Orchestra, Orchestra of the Age of Enlightenment, Scottish National Jazz Orchestra, Bohuslän Big Band (Sweden), Norwegian Wind Ensemble, Voice of the North, Conservatoires UK Big Band and National Youth Choir of Great Britain, with her music often featuring international acclaimed soloists, frequently sharing the billing with fellow record label composers, Mike Gibbs and John Warren.

Issie’s music has been featured in many festivals and conferences, including the Cheltenham Jazz Festival’s 2001 Rising Star series, the Leeds International Jazz Conferences 2002-2007, the International Association of Jazz Educators conference 2008 in Toronto, Copenhagen Jazz Festival 2010, Montreux Jazz Festival 2010 and the International Real-time Music Symposium 2011 in Oslo and recorded by the Delta Sax Quartet (“Dedicated to you but you weren’t listening”), Bohuslän Big Band (“Letter to Billie”) and Vortex Foundation Big Band (“Charybdis”) as well as her own 21-piece jazz orchestra ("Astral Pleasures") and contemporary quartet ("The Meinrad Iten Suite") both recorded on her own record label www.fuzzymoonrecords.co.uk (established in 2008). In 2011 Issie was nominated for the prestigious Paul Hamlyn Awards for Artists

Issie is an extremely passionate and dedicated educator, setting up the highly successful Jazz Faculty at TrinityLaban in 1999 (which she headed until 2004) and the National Youth Jazz Collective in 2006 (working with school aged jazz musicians and their music leaders, supported by President Dave Holland and a team of 40 of the nations most inspirational jazz educators). A much sought after composition teacher, Issie continues to teach composition to undergraduate and post graduate conservatoire students, with her students regularly wining awards and prizes, such as the Dankworth Award in 2009, 2010 and 2011, BASCA’s new British Composer Award for jazz composition in 2010 and the Runswick Prize 2011 and 2012. She is also one of the five key tutors for the Sound and Music Summer School for Young Composers; adjudicator for Music for Youth’s National Festival of Music, Yamaha’s Jazz Experience, Watermill Jazz Young Composers Award and the Barbican/Lincoln Center Essentially Ellington; Trustee of Jazz Heritage Wales; elected member British Association of Songwriters, Composers and Authors (BASCAs) Concert and Jazz Executive Committee and an advisor for Jazz Services‘ Educational Advisory Panel.

“Her amazing breadth of skills are just what the music world needs” (Mike Gibbs: Composer and arranger)

“Her amazing breadth of skills are just what the music world needs” (Mike Gibbs: Composer and arranger)

“Combines the warmth of an embrace with the full zest of a lemon!” (Issie Barratt) 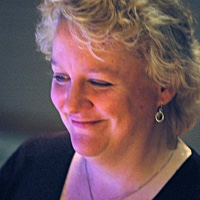 All About Jazz musician pages are maintained by musicians, publicists and trusted members like you. Interested? Tell us why you would like to improve the Issie Barratt musician page.