Ingrid Nomad was born in Ghent (Belgium). Music was not her first choice as a career. She studied ‘Applied Communications’ and began singing after overcoming stage fright by taking classes with Brad Chapman in Los Angeles (US). He has worked with Anita Baker, Quincy Jones and others.

She studied classical piano at the School of arts in Ghent and graduated in 1995.

Wanting to expand her horizons, she went to the Jazzstudio in Antwerp where she was introduced to jazz music with the likes of Billy Hart. She then formed a jazz quartet with Olivier Collette (piano), Joris De Backer (double bass) and Wouter Van Dyck (drums). The highlight was a performance at The Blue Note Jazz Club in New York.

A meeting with guitarist Vincent Den Haese formed Innocent : a mixture of jazz, soul, pop and rock influences. Signed with Universal Music Group they remixed some of their songs in London (UK). Their music led to performing for all soldiers during the Bosnian/Kosovo war.

Her debutalbum 'We are One' was accepted 'For Your Consideration' to the 60th Grammy Awards New York.

“Academia Award for best song in Jazz Accoustic with Asia of January 2015. Thankful for this nice comment : 'Sweeping in vision, melodically sublime and tastefully poetic, this musical vignette stands out as a shining example of musical and lyrical excellence.'” www.theakademia.com/winners

#Ingrid Nomad #WeareOne #Vocals #indibluemusic Ingrid Nomad Vocalist Ghent
« You’ll get entrance to a very beautiful build up world of lyrics and tunes in harmony with each other. A voice with a lot of potential and lyrics that have something to say. « Jazzmozaiek 2017

“Hushed with an awesome presence Ingrid Nomad sings with a tremendous amount of confidence on the clear-eyed jazz journey of “No Mind”. Throughout the piece the small details matter most, from the careful piano playing to the low-key bass. Best of all Ingrid Nomad’s voice has a noir-like quality to it, conveying a sense of mystery.” Scope Magazine - The 60th FYC Album

“'No Mind' Video of the day !” Michael Ricci - All About Jazz

“'Listen without moderation' to this excellent album” Sham - Open Music 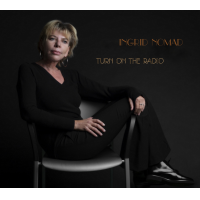 Turn on the Radio 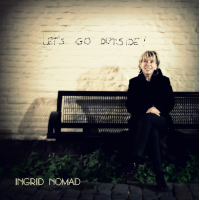 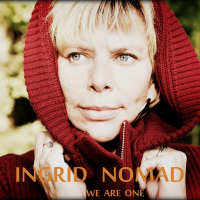 All About Jazz musician pages are maintained by musicians, publicists and trusted members like you. Interested? Tell us why you would like to improve the Ingrid Nomad musician page.