While a child, he spent many hours listening to the family s record collection, which included LPs of jazz, bossa nova, tango, classical music and Argentine folk music. His first musical instruments were a harmonica and a recorder, and later, when he was 11, he found a guitar at an uncle's house who gave it to him as a present. By that time, he saw the guitarist Oscar Aleman, who impressed him much. At 15, he switched to electric. His first musical heroes were Carlos Santana and some rock players like Ritchie Blackmore. Thanks to an older friend, he discovered jazz-rock, and got interested in John Abercrombie, John Mc Laughlin and Allan Holdsworth.

Around 1979, while studying with guitarist Cesar Silva, he started to play with some amateur groups, where he also started to write tunes. After his father's death in 1982 he continued studying mostly in a self-taught manner, transcribing much music by Dexter Gordon, John Coltrane and McCoy Tyner and modern players like Kenny Wheeler, Wayne Shorter or Richie Beirach, who became his early influences as a jazz composer. In the mid 80s, while studying Sociology at the Universidad de Buenos Aires, he got his first important gig, in the big band of vibist-composer Mariano Tito.

In 1989 he won a scholarship and was invited to participate in the Tercer Seminario internacional de Jazz de Las Lenas , in Mendoza, Argentina. Peter Sprague was the guitar instructor, and due to his participation, Guillermo was awarded with the Partners of the Americas scholarship as well as an invitation to teach at Las Las in 1990 as assistant professor.

During 1990-91, he studied harmony and composition privately with Pedro Aguilar and started his career as a bandleader. Also, in 1994, he began to write for magazines and newspapers, first of all, CD Review. In 1994/95, he played several concerts with trombonist Conrad Herwig during his visits to Argentina. In 1995, he travelled to New York and studied briefly with John Abercrombie. In 1997, he was invited by Partners of the Americas to give lectures about Argentine popular music at Cal State University and some high schools of the L.A. Area. In 1998, he played with guitarist Sid Jacobs at the Guitarras del mundo festival, and at the II Jazz Festival Argentina-Brazil , which took place at the General Consulate of Argentina in New York City.

In 1999, he formed his Summer Quartet. Since November 2001, Bazzola is living in Madrid, Spain. During these last years he played his music in different European cities like Barcelona, Madrid, Amsterdam and Berlin. He also works as a regular contributor to Spanish magazine Cuadernos de Jazz , and works as an educator. 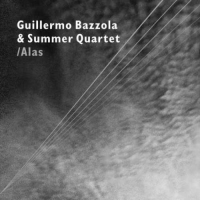 All About Jazz musician pages are maintained by musicians, publicists and trusted members like you. Interested? Tell us why you would like to improve the Guillermo Bazzola musician page.